West Coast
Tires and trash in the Tijuana River Valley on Dec. 20, 2022. / Photo by Ariana Drehsler 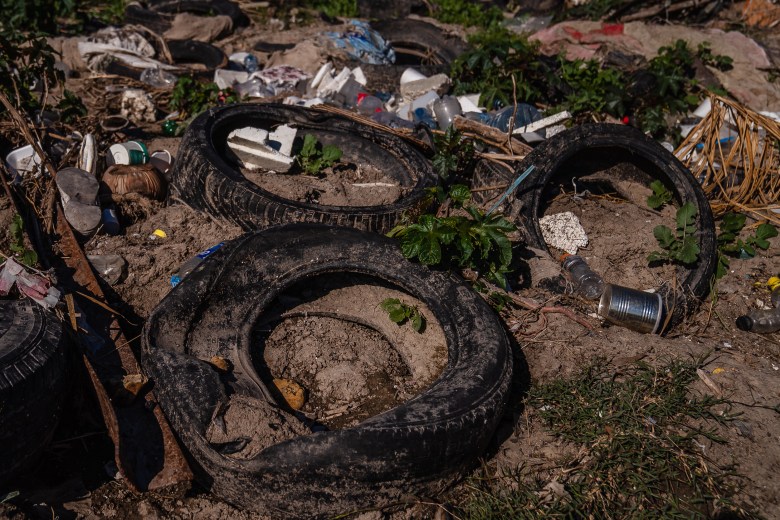 CA - What We Learned This Year: San Diego’s Beaches are Dirtier than We Knew

San Diego’s southernmost beaches are blighted by sewage that spills into the cross-border Tijuana River and flows to the ocean. Before 2022, the best available coastal water testing technology took so long to furnish results that public health officials couldn’t surmise how safe the water was until days after visitors swam in it.

That changed this spring, when San Diego County deployed a first-in-the-nation water quality test which counts bacteria by its DNA. Not only can this new technology turn around results in 24 hours, but it’s also more sensitive and began to reveal the amount of bacteria harmful to human health in the water was much higher than the older tests could count.

Water quality at beaches, specifically along San Diego’s coastline closest to the border, started to fail health standards more often, so the county closed them. Coastal communities that depend on tourism started to fear the prospect of shuttered beaches during the summertime. But now the county knew the full extent of contamination and risk brought-on by the decades-old crisis of sewage spilling from Tijuana into San Diego via this cross-border river.

The water isn’t dirtier than ever before. The new technology can show San Diego just how dirty the water is, especially following such a spill. One might expect that means summer beach closures in the border-adjacent communities of Imperial Beach and Coronado would now be the norm. But political pressure from the mayors of those towns challenged the validity of those water quality test results, so much so that the county changed how it warns the public about dangerous water.

After the county first rolled out the new digital droplet polymerase chain reaction or ddPCR technology on May 5, beaches in Coronado were closed 21 days within two months. (For context, none of Coronado’s beaches were closed in that same period in 2021 using the older, slower technology. The only beaches that experienced closures were those immediately across the border on the U.S. side.) Coronado Mayor Richard Bailey appeared on multiple local news channels questioning the county’s decision to close beaches based on this brand-new water quality test.

Just before the Fourth of July weekend, the county abruptly changed its policy, which San Diego County Supervisor Nora Vargas later called a “compromise”with those mayors petitioning to reopen beaches. The county would leave it up to the public to decide whether to enter the water or not. On July 1, the county announced a new category for contaminated water. Public health officials replaced signs that shutdown beaches with new, bright blue ones issuing a warning that the beach water might contain sewage and cause illness.

Mayor Bailey and Imperial Beach Mayor Serge Dedina weren’t satisfied. The county’s policy change, they said, only reinforced their initial argument: that the new technology was too new.

“(The county doesn’t) believe in the integrity of their own test and methodology and don’t want to face the public backlash that would ensue if the beaches closed half the year,” Bailey told Voice of San Diego in July.

Bailey and Dedina sent a cease-and-desist letter to the county, calling for a return to the old way of testing which takes longer to return results but didn’t trigger beach closures as often. County officials ignored the cry, and the county kept testing under the new technology and warning program.

On Aug. 1, the Tijuana River – which naturally flows only after a storm during the rainy, winter season – surged with sewage after major pipelines broke in Tijuana. Shortly behind it, a hurricane off the coast of Baja California and week-old winter storms in the Southern Hemisphere sent southern swells toward San Diego, sweeping sewage from a broken wastewater treatment plant to the coast.

The county of San Diego issued its warning and posted the new blue signs, but despite failed tests and a known sewage spill, it still did not close the beaches. Two days after the spill, water off Coronado tested 24 percent higher than public health standards permit.