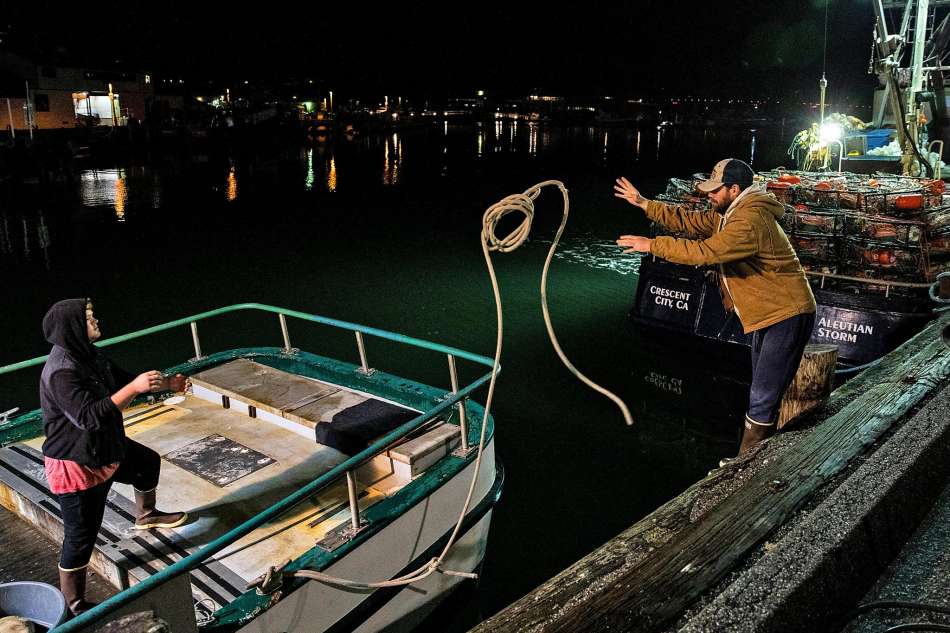 Dungeness crab is one of the Bay Area’s favorite local foods and a traditional mainstay on holiday tables. But the way it’s been caught for over a century is hurting too many whales, environmentalists say, as their migration patterns have shifted with warming ocean temperatures.

There is a tool being developed to prevent those injuries. It’s a system that uses “ropeless” gear to prevent endangered whales and sea turtles from getting entangled and injured or killed in fishing lines. And legislation before the state Assembly would require crabbers to begin using it by 2025.

Yet commercial fishers say the gear is ineffective and expensive, and the legislation would further hamper an industry already struggling with restricted fishing seasons for both crab and king salmon.

The bill is in response to an upswing in reported whale entanglements on the West Coast, which spiked from 2015 to 2018. They have since tapered off, after fishers improved their practices and the season was shortened several times to protect whales. Only a handful of whales died because of crab gear in that period, but scientists say many that are seen weighed down by fishing lines eventually die from infections, starvation or drowning.

“Ropeless fishing is the only way to ensure that endangered whales and sea turtles and other critters don’t get tangled up and injured in fishing gear,” said Kristen Monsell, oceans program legal director at Center for Biological Diversity, a co-sponsor of the bill. “By requiring the use of ropeless gear, California can be a leader in helping to develop and promote sustainable fishing gear that will save whales, sea turtles and other endangered animals, not only in California but around the world.”

Crab fishers traditionally use fixed gear, with traps connected to buoys on the ocean surface with ropes that can entrap whales and other animals, especially when the ropes hang loose. With ropeless or pop-up gear, crabbers attach a spool of rope to each trap, then leave them at the bottom to allow crabs to wander inside.