West Coast
Parts of the stern, mast, and bow of the 54-foot long fishing vessel Verna A II remain exposed in the sand on Salmon Creek Beach in Bodega Bay, California, on Tuesday, January 14, 2020. (Alvin Jornada / The Press Democrat) 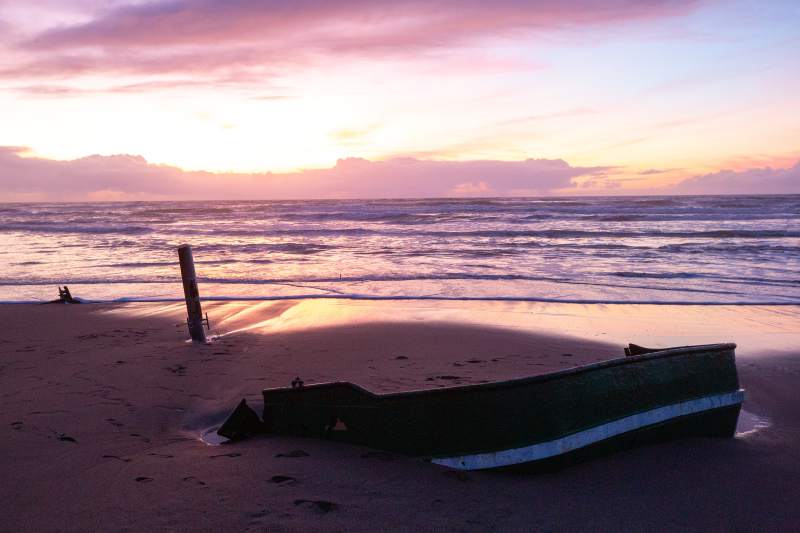 A hearty band of volunteers spent part of their weekend hauling chunks of boat wreckage up the side of a coastal bluff, completing a clean-up effort launched about a month ago when it became clear no one else planned to do anything about it.

The debris — splintered wood, twisted metal, pieces of Fiberglas hull, a tangle of wire and rope — was all that remained of a small boat that capsized in the surf near Pinnacle Gulch on Nov. 25, throwing a family of four in the ocean.

That family, rescued from the beach by helicopter and sent home to Sacramento, was technically responsible for removing the ruins of their watercraft.

But, as in other cases where boaters have walked away from crashed or grounded vessels on the Sonoma Coast, volunteers — led by well-known coastal steward Cea Higgins — picked up the slack.