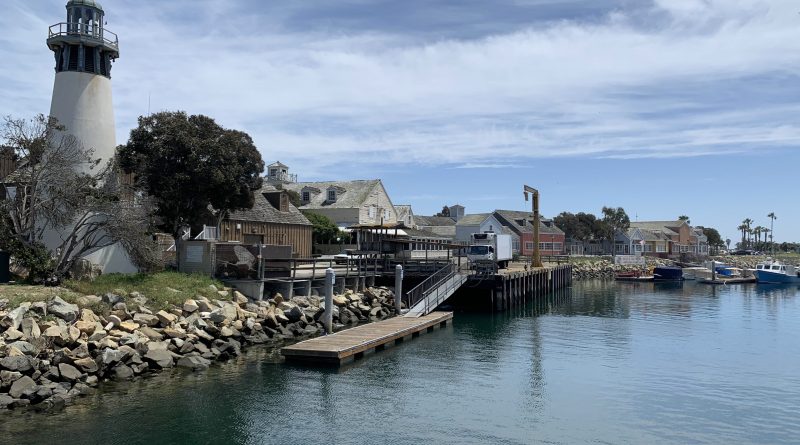 California Coastal Commission sent the Fisherman’s Wharf project back to the drawing board, leading the county to hire a team of urban planning consultants to create a new plan for redevelopment around Channel Islands Harbor.

OXNARD—JoAnna Steele has seen restaurants and other retailers come and go from Fisherman’s Wharf in Oxnard since its opening more than 40 years ago. Steele opened My Studio Gallery 42 years ago, when the Cape Cod-style buildings were first leased on the east side of Channel Islands Harbor. She said at its height, it was a thriving waterfront community of specialty retailers and restaurants serving the local community, visitors and boaters. Over the years, businesses have left for various reasons and a lack of upkeep of the buildings has left the area with peeling paint, high vacancy rates and little foot traffic.

“I think it should be fixed up and filled up,” Steele said.

Discussions about reinvigorating Fisherman’s Wharf have been around since about 2005, but after recent disagreements between Ventura County and the city of Oxnard over how the property should be used, it is now back to the drawing board.

In 2015, the county Board of Supervisors approved an agreement with Channel Islands Harbor Properties for the development of Fisherman’s Wharf. Channel Islands Properties Group planned a mixed-use development with a multi-story apartment building rising as high as 55 feet, 36,000 square feet of commercial space, boat slips, a public promenade, park and refurbishment of the lighthouse. The residential aspect of the project faced criticism from some community members as well as the city of Oxnard and a political back-and-forth ensued.

A few weeks after the decision, Ventura County came back to the drawing board, announcing the hiring of Sargent Town Planning, a team of urban planning consultants, to lead a public visioning process for the future of Channel Islands Harbor and a new plan for Fisherman’s Wharf.