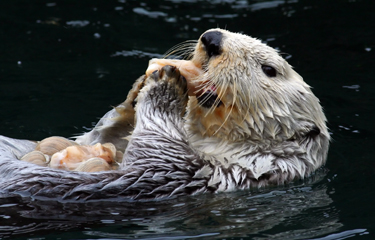 Major players in the U.S. West Coast fishing industry sent a letter to the U.S. Fish and Wildlife Service (USFWS) on Thursday, 12 August, requesting a thorough review of how a proposed sea otter reintroduction might affect the region’s fisheries and coastal economies.

A bill signed last year by former U.S. President Donald Trump gave USFWS until the end of 2021 to assess the impact a West Coast sea otter reintroduction might have on the region.

The 18-page letter, however, says stakeholders have had little to do with the assessment. It outlines concerns that voracious sea otter populations could gobble up lucrative Dungeness crab stocks as well as sea urchins, clams, and other bivalves.

“Sea otters are considered a keystone species, one that has large-scale ecosystem effects disproportionate to their individual size and abundance. They do not store fat, so their metabolic requirements are such that they must continually forage, and populations of otters exist in a perpetual state of density-dependent resource limitation. Individual adult otters eat 15 to 25 pounds of food every day, and they are capable of opportunistically shifting prey choices,” the letter reads.

Lori Steele, the executive director of the West Coast Seafood Processors Association and one of the letter’s undersigners, questioned whether interested parties will get to take part in the process as time runs out on the study.

“This study needs to be completed in the next four months. Will affected stakeholders and the public have time to provide input and review the study before it’s finalized? Likely not. Still, it will require significant effort on behalf of the Fish and Wildlife Service to address the important details. Our letter outlines some of those details,” Steele said.

The letter points out that sea otters are protected by the Marine Mammal Protection Act (MMPA) and listed as threatened under the Endangered Species Act in both California and Southeast Alaska. Protections under these acts would render population management “virtually impossible to achieve,” while potentially limiting activities like port renovations in areas where sea otters are living.

The letter requests that USFWS take Alaska as a case study. The state is home to around 90 percent of the world’s sea otters.

“The negative impacts from sea otter reintroduction on commercial, charter, recreational, and private and Native subsistence uses of marine resources in Alaska are such that local communities and the entire state are demanding the federal government address the growing conflicts,” the letter reads.

In Southeast Alaska, sea otter populations have ballooned to 25,000 from the 400 reintroduced to the region in the 1960s, and researchers have found they are negatively affecting the Dungeness crab fishery there, as well as other shellfish fisheries.