West Coast
Homes destroyed by the LNU Lighting Complex Fire are interspersed with untouched homes above Lake Berryessa, a resort area and water supply reservoir, on Sept. 21, 2020. After the fire in August, residents were advised not to drink or boil the tap water because of concerns about benzene and other contaminants. Anne Wernikoff / CalMatters 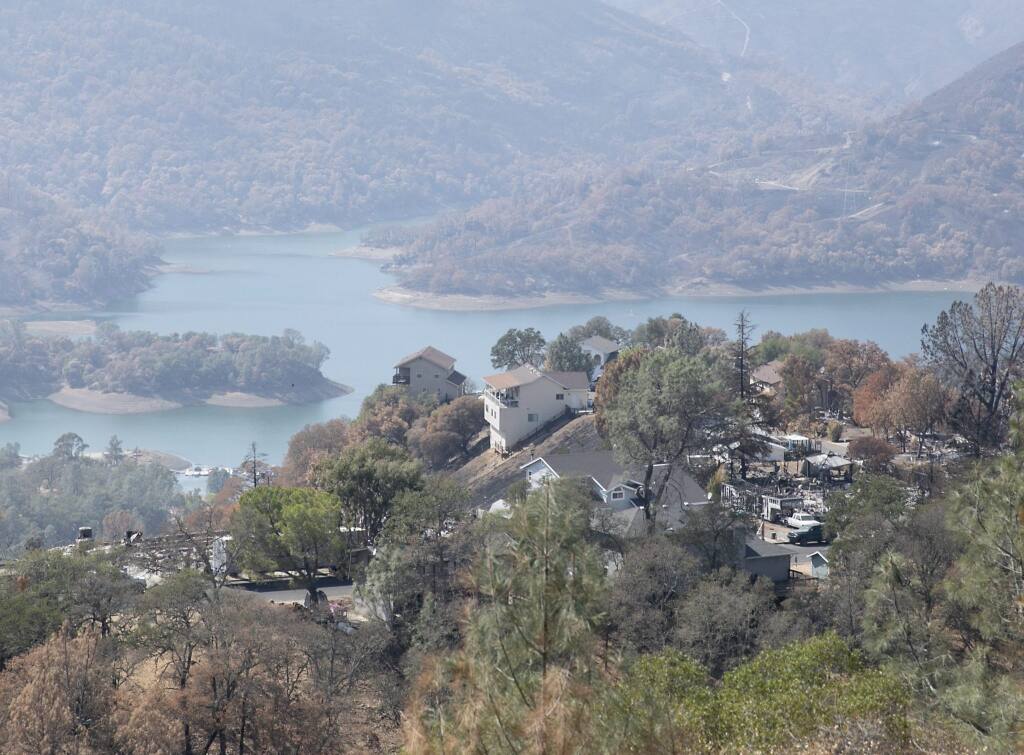 For more than a month after a wildfire raced through his lakeside community and destroyed his Napa County home, Kody Petrini couldn’t drink the water from the taps. He wasn’t even supposed to boil it.

And, worried about harming his 16-month-old, Petrini wouldn’t wash his youngest son Levi with it. Instead, he took the extraordinary precaution of bathing him in bottled water.

Camped out in a trailer on his in-laws’ nearby lot, the 32-year-old father of two, along with all of his neighbors, was warned not to drink the water or boil it because it could be contaminated with dangerous compounds like benzene that seep into pipes in burned areas.

In a state plagued by water shortages, rural California has suffered a cascade of water woes in the wake of wildfires that is likely to happen again and again.

When wildfires spread across California, they leave a cascade of water problems in their wake: Some communities have their drinking water poisoned by toxic substances. Others wrestle with ash and debris washed into reservoirs and lakes. And many living in remote stretches of the state struggle with accessing enough water to fight fires.

Drinking water has been contaminated with hazardous chemicals after at least three California wildfires in recent years: in Santa Rosa after the Tubbs Fire in 2017, in Paradise after the Camp Fire in 2018 and now in parts of the San Lorenzo Valley burned by the CZU Lightning Complex Fires that began in August.

The cost of fixing the damage to water systems: up to $150 million in just one small town.