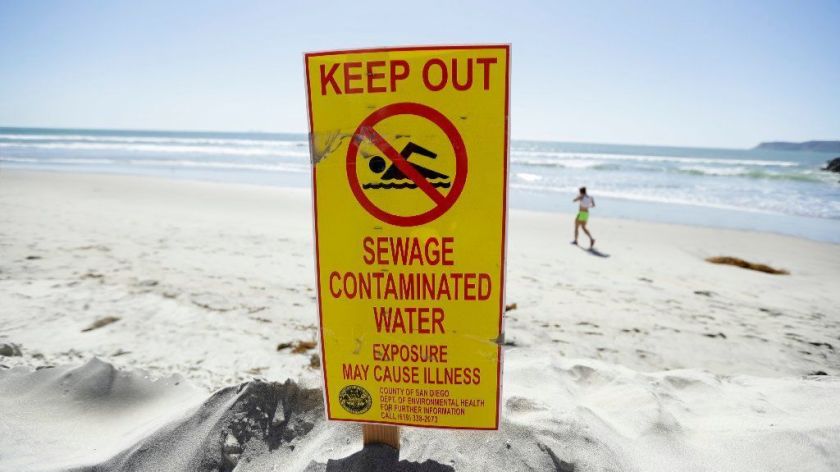 The County of San Diego Department of Environmental Health on Saturday extended north the existing beach water-contact closure area at the Tijuana Slough shoreline to now also include the Imperial Beach shoreline.

Millions of gallons of polluted water have been regularly flowing over the border through the Tijuana River for months, closing the Imperial Beach shoreline for nearly every single day of 2020.

Sewage-contaminated runoff in the Tijuana River has been entering the Tijuana Estuary since earlier in June. Water sample results now indicate contamination of the ocean water extends from the border north to Imperial Beach.

Signs warning of sewage-contaminated water will remain in place until sampling results indicate the ocean water is safe for recreational use.

In mid-May, most of the shoreline was reopened from the south end of Seacoast Drive through Carnation Avenue in Imperial Beach, after being closed for weeks because of pollution.