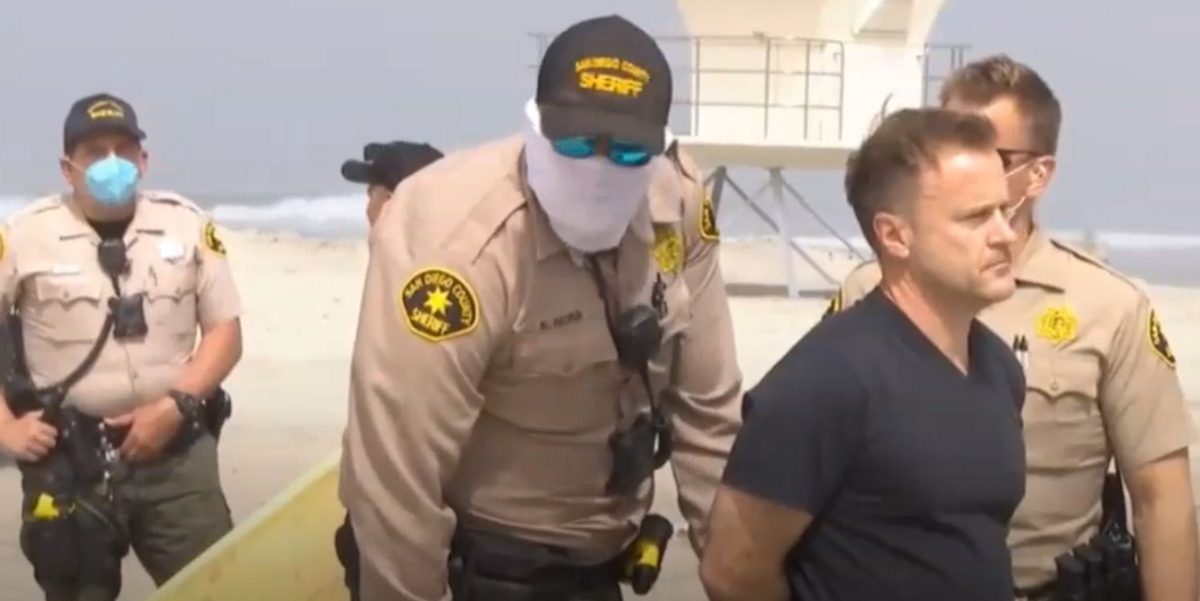 Californians with surfboards are arrested on the beach for not adhering to lockdown orders.

Three people were arrested on Saturday after they participated in a protest against the state's stay-at-home orders on a California beach.

Ditch the fake news ==> Click here to get news you can trust sent right to your inbox. It's free!

The protest was named "The Surf's Up Shred the Tidal Wave of Tyranny," and was scheduled from 10 a.m. to noon on Saturday. The protestors congregated on Moonlight Beach in Encinitas, about 25 miles north of San Diego. More than a dozen people assembled on the edge of the beach access that was taped off. One woman held a sign that read: "OPEN BEACHES & TRAILS."

Three men with surfboards near them on the ground were confronted by police. They were arrested, taken into custody, and charged with violating California's state of emergency orders.

San Diego beaches, including beaches in Encinitas, will reopen for active recreation beginning on April 27, according to city officials. San Diego beaches will initially only be available for walking, jogging, swimming, surfing, kayaking, and paddleboarding. Sitting and sunbathing will not be allowed. Boardwalks, piers, and parking lots will remain closed. Gatherings are prohibited.

Other California beaches such as Huntington Beach and Newport Beach are open to the public. Over the past few days, warmer weather tempted tens of thousands of Californians to flock to the shore.

"We believe this is going to be a part of life in the new normal," County Supervisor Nathan Fletcher said. "Now is the time, the voluntary compliance is over and now it is time for strict compliance throughout all communities."

"Until such time when we have a vaccine or a widely available therapeutic drug, there are going to be parts of life that are going to change," Fletcher continued. "Getting in the habit of having a face covering when you leave your house — that's going to be part of the change."