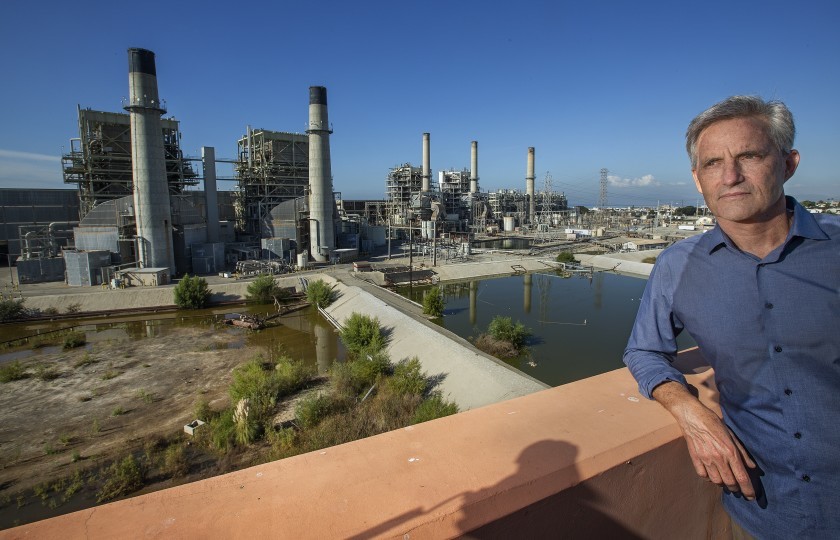 When the California Public Utilities Commission recommended 17 months ago that a gas-fired power plant on the Redondo Beach waterfront remain open beyond 2020 — over the objections of local officials and clean energy activists — Commissioner Martha Guzman Aceves made a commitment to the city’s mayor.

“I pledge to you, Mayor Brand, that I will never support a further extension,” she said.

Now it looks like that promise will be put to the test.

The State Water Resources Control Board is again being asked to extend the gas plant’s operating life, this time past the end of this year. Officials say the climate-polluting facility may be needed in summer 2022 — especially if there’s another punishing heat wave like the one that resulted in brief rolling blackouts last August.

The fight over Redondo Beach Generating Station is a fascinating microcosm of the clean energy challenges confronting California and the nation. So let’s take a step back and look at how we got here.

The story begins in 2010, when the state water board voted to phase out the use of ocean water for cooling machinery at 19 power plants along the coast. As The Times reported back then, intake pipes at those facilities “suck in enough seawater to fill Lake Arrowhead, then spit it out again, a little warmer and a lot deader,” killing fish that can get trapped against intake screens and larvae that are small enough to make it through the screens.

The owners of most of the power plants have since complied, either by shutting down the offending generators, replacing them with fancy new units that don’t use ocean water for cooling, or otherwise dramatically reducing harm to marine life.

Redondo Beach Generating Station was one of several gas plants that was supposed to ditch so-called “once through cooling” by Dec. 31, 2020. Plenty of time to install fish-friendly technology or figure out how to replace all that energy generation, right?