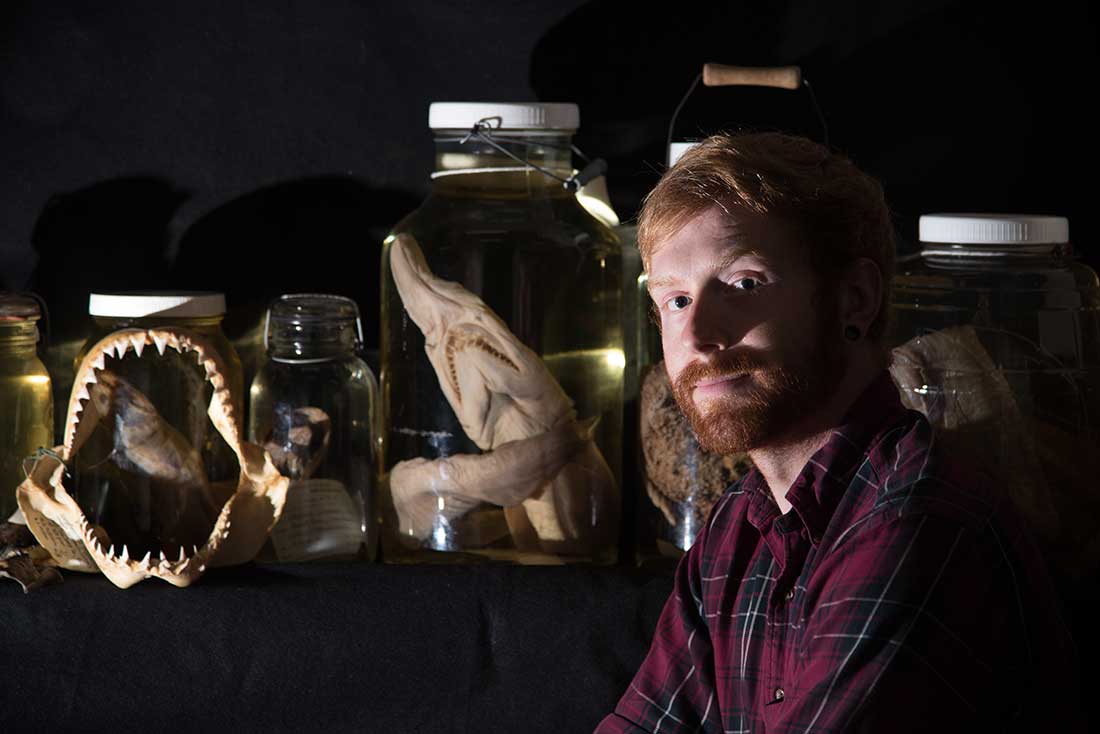 CA - The Underwater Library at Scripps Institution of Oceanography

For decades, the Scripps Oceanographic Collections have amassed millions of marine organisms and geological samples that continue to yield scientific discoveries

The bucket of preserved fish opens, but it doesn’t smell as bad as you might think. Like vinegar, with a hint of sardine. OK, maybe it’s bad, but if you’re Ben Frable, manager of the Marine Vertebrate Collection at Scripps Institution of Oceanography, you’re used to it.

Frable removes the contents: an oarfish, the longest bony fish alive, tightly curled to fit inside its shipping container.

The 15-foot creature uncurls in front of me like a fishy Fruit Roll-Up. Frable and an undergraduate assistant measure and photograph the fish before preparing it for its future afterlife in the Marine Vertebrate Collection.

In a windowless area of Vaughan Hall, shielded from the San Diego sun that would otherwise damage the preserved organisms, the oarfish will join the other two million fish suspended silently in their alcohol seas, a mausoleum of 140,000 jars representing more than 6,000 different marine fish species.

But they’re not entombed here; these specimens are all available to the scientific community, both near and far, and have many tales to tell even in their lifeless state.

“This is only a small portion of this collection,” Alex Hangsterfer, manager of the Geological Collections, tells me as the lights flicker on. “The rest, large rocks and dredged samples, are located in a warehouse off campus.”