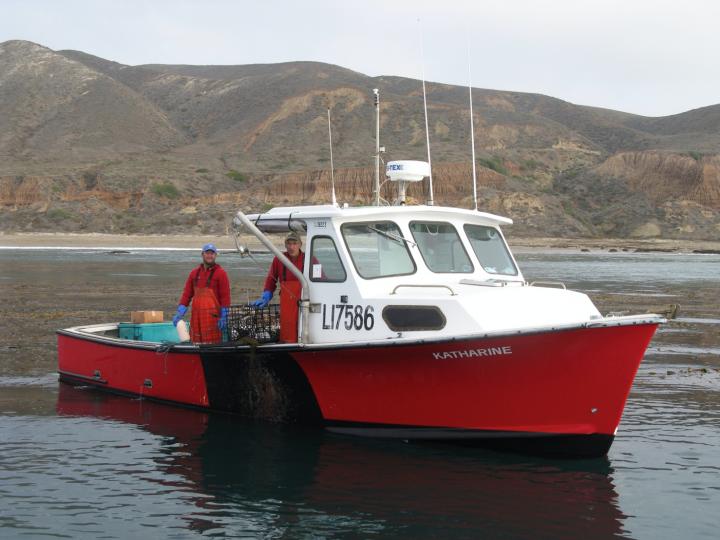 You can't have your cake and eat it too, as the saying goes. But what if you could save your slice while enjoying the benefits at the same time? New research suggests this is possible when it comes to marine reserves.

Marine protected areas (MPAs) are among the best conservation tools at our disposal today. However, by their very nature, these reserves take away fishing grounds, which can make them unattractive to commercial fishermen. Scientists and resource managers often promote MPAs as beneficial for the fishery. In theory, they provide a refuge for stocks to rebuild and spill over into nearby waters, leading to improved catch rates.

"And yet, there's a lot of skepticism about that because there aren't many instances where anyone's ever shown that to be true," said Dan Reed(link is external), a research biologist at UC Santa Barbara's Marine Science Institute.

Most of the work so far has documented the buildup of species populations within reserves and the subsequent spillover. "What hasn't been documented is how that actually affects the catch," he continued. Namely, whether any increase in catch from spillover actually compensates for the loss of fishing grounds.

Reed and his colleague Professor Hunter Lenihan(link is external), a professor at UCSB's Bren School of Environmental Science & Management, along with other researchers at UC Santa Barbara and the California Department of Fish and Wildlife, sought to determine to what extent the spillover effect compensated for the fishing grounds incorporated into marine reserves. To this end, they leveraged catch reports from lobster fishermen as well as scientific surveys. Their results, published in Scientific Reports, affirm the benefits that MPAs confer to fisheries and ecosystems.