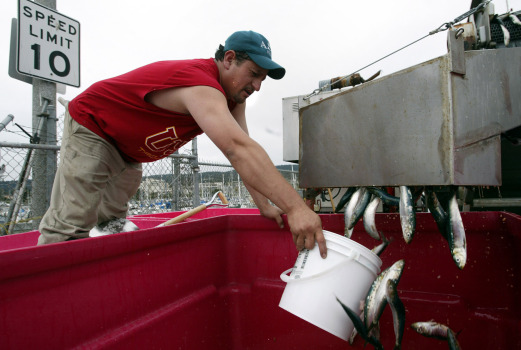 CA - The Sardine War Hits a Lull, but the Tides Are Rising

MONTEREY — With catch limit regulations staying at the status quo, the commercial fishing industry has apparently landed a victory in the fight over Pacific sardine management.

The Pacific Fishery Management Council, which oversees fishing of Pacific sardines, voted unanimously in September to maintain the current sardine fishery management process that calls for reassessments after each year’s stock assessments.

At the moment, the direct commercial sardine fishery is closed. Sardines may only be harvested in the live bait fishery, small-scale fisheries (or operations), as incidental catch, and with exempted permits approved by the National Marine Fisheries Service. These open sardine fisheries are subject to an annual catch limit of about 16% of the sardine population measured in 2019, or 4,514 metric tons.

Conservationists had hoped the council would tighten catch limits for fear of the sardine population collapsing further.

“Fishery managers have failed to learn from the mistakes of history,” said Geoff Shester, senior scientist at marine conservation group Oceana, in a press release, “and if they don’t act soon we’ll be doomed to repeat them and continue on an irresponsible pathway that will devastate the sardine population and its prospects for recovery.”