West Coast
An AES power plant, which is fueled with natural gas, has been the subject of controversy for decades in Redondo Beach. Luis Sinco / Los Angeles Times 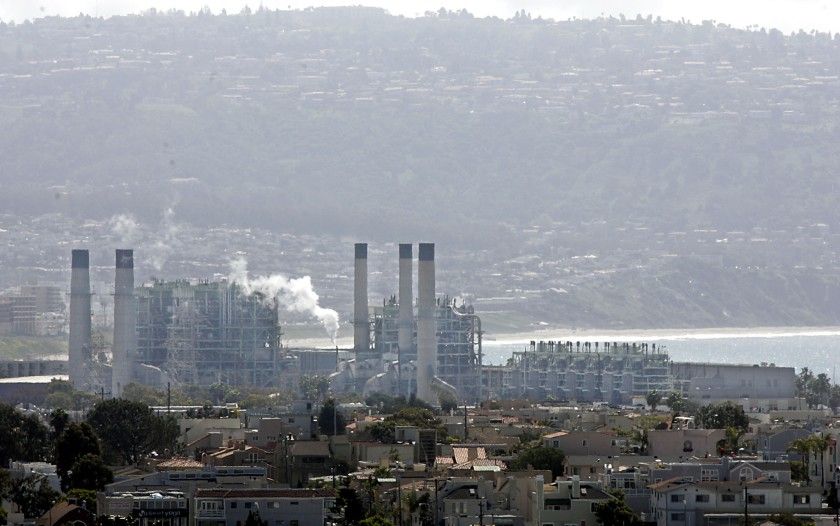 State officials are poised to decide whether four gas-fired power plants along the Southern California coast should keep running past 2020, in the first major energy decision for Gov. Gavin Newsom's administration after this month's blackouts.

The aging, inefficient facilities are being required to close under a policy meant to end the environmentally damaging use of ocean water for power plant cooling. But energy regulators have been pushing since last year to delay the retirement deadlines, warning that insufficient power supplies could cause Californians to lose electricity on hot summer evenings — the exact situation millions of people found themselves in during two evenings of brief rotating outages.

Even before the blackouts Aug. 14 and 15, the debate over how and when to close the coastal gas plants offered a preview of challenges California will increasingly face as it accelerates its transition away from planet-warming fossil fuels.

One way or another, the coastal plants will close. But climate change activists want to see them shuttered as quickly as possible. AES Corp., a Virginia-based company that owns three of the four facilities, says they're still needed for a few more years to help facilitate the transition to 100% clean energy.

Now that debate has been vaulted into the political spotlight.

“We cannot sacrifice reliability as we move forward in this transition,” Newsom said last week, as he urged Californians to use less electricity to avoid the need for more rolling blackouts. “We’re going to be much more aggressive in focusing our efforts and our intention in making sure that is the case.”

"We failed to predict and plan [for] these shortages, and that’s simply unacceptable," the governor added.

Poor planning helps explain why the State Water Resources Control Board is set to vote next week on three-year shutdown extensions for natural gas plants in Huntington Beach, Long Beach and Oxnard, and a one-year extension for a facility in Redondo Beach.