West Coast
Dozens of drilling platforms (like Ellen and Elly, off the coast of Long Beach) are being decommissioned in California. Credit: Bureau of Safety and Environmental Enforcement 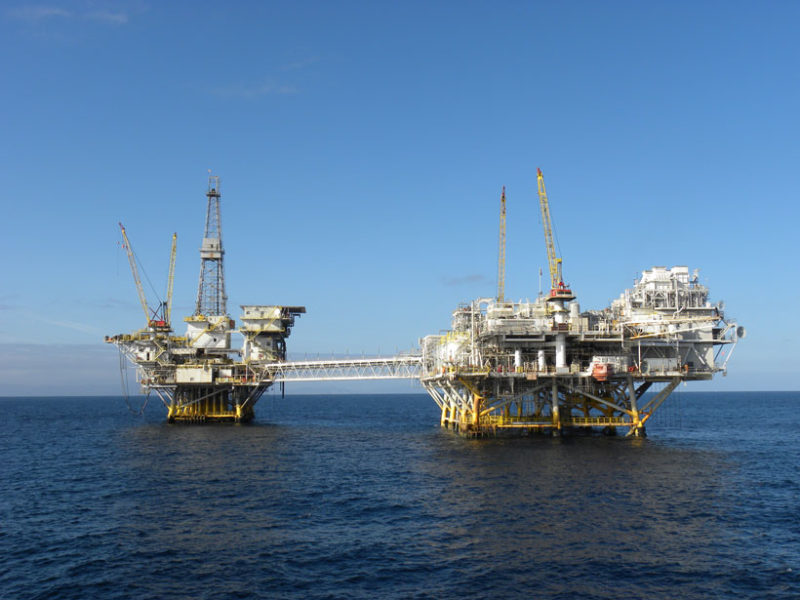 Offshore oil- and gas-drilling platforms are rich habitats for fish, and removing them completely would result in a loss of over 95% of fish biomass, new research has revealed.

Life finds a toehold just about anywhere, and the hulking edifices of offshore oil- and gas-drilling platforms are no exception. But these structures, many of which are decades old, are starting to be decommissioned.

Researchers have now calculated the ecological impact of losing these human-made habitats. Over 95% of fish biomass around a platform would be lost if it were removed completely, the team found. Another option—severing platforms at a water depth of 26 meters and removing only the uppermost part of the structure—would deplete only about 10% of fish biomass, they concluded.

Twenty-seven oil- and gas-drilling platforms dot the coastline of California, most of them in the Santa Barbara Channel. They were built from the 1960s through 1980s, and they’re showing their age—several are in the early stages of decommissioning. (The Los Angeles Timescalled one of those platforms, Holly, a “ghost ship.”)