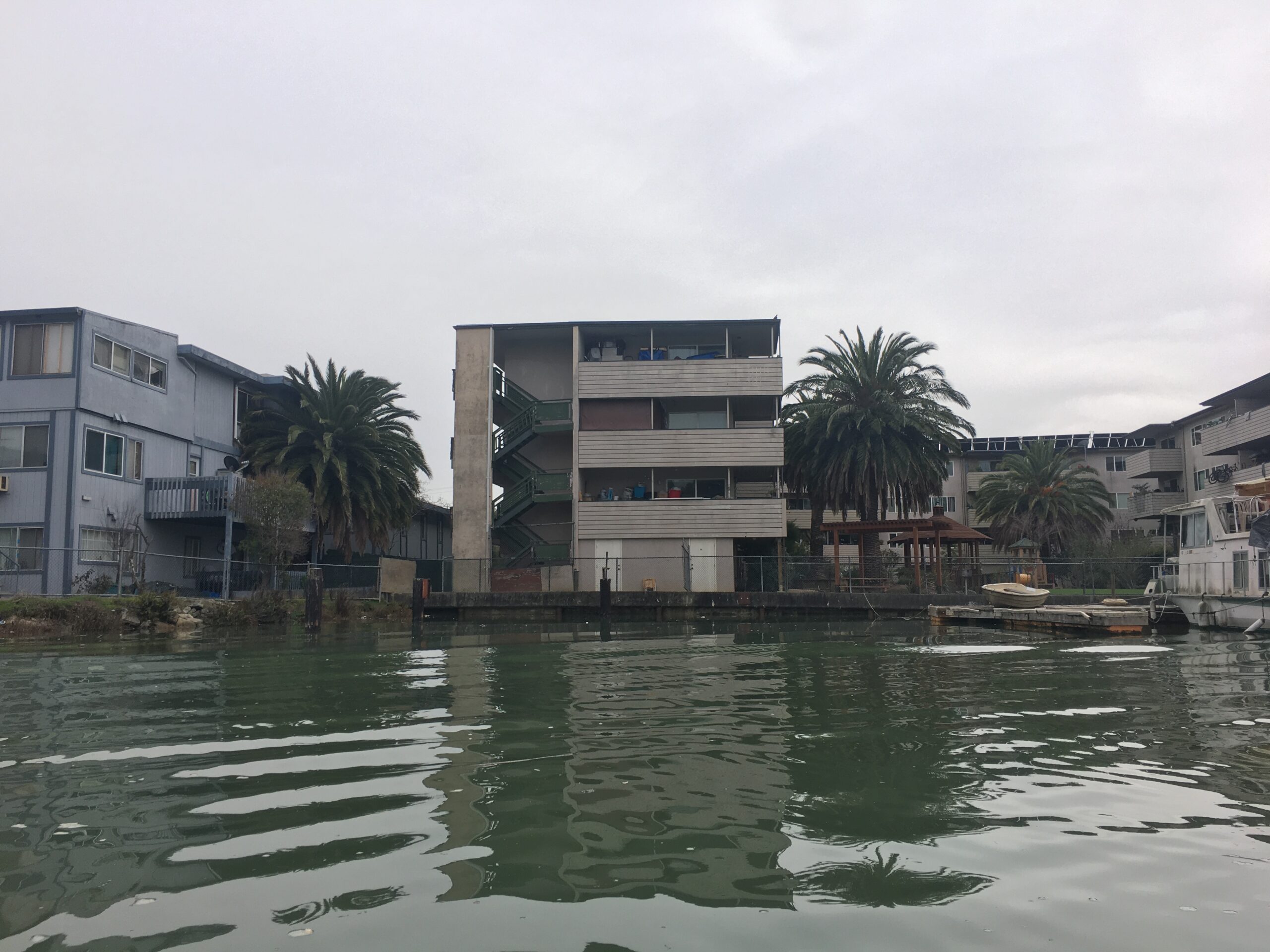 The air was still in early January when my father and I took his kayak onto the waters of San Rafael’s Canal neighborhood. Thin layers of oil floated on the water. Occasionally a plastic bottle or tennis ball bobbed by.

The sky was overcast, a drab blue-gray that nearly matched the color of the three-story apartment complex protruding out into the waters. Though it was cloudy, it was unseasonably warm and humid. It didn’t feel like a normal January day in San Rafael.

As we paddled between ducks, watching people walk around Pickleweed Park along the edge of the water, I imagined what this place might look like in 30 years. It was easy to see how a small rise in the sea could impact this community. All it would take is one big storm.

In the 1870s, tidelands in Marin County were auctioned off to developers. Over the course of more than a century, many of those plots were filled in to create space for new city infrastructure and other developments.

This scenario was not uncommon in the Bay Area. According to Baykeeper, a nonprofit focused on protecting the San Francisco Bay from pollution, 90 percent of all Bay Area wetlands have been “lost or seriously degraded” after being dyked and used for developments. However, due to rising oceans, the dykeing of wetlands now seriously threatens many wild and urban spaces across the region.

San Rafael’s Canal neighborhood is one such place; a small, yet populous, neighborhood located east of downtown where most households are low-income, and 85 percent of residents are Latinx. Built as a navigable waterway in the early 1900s, it is now mostly used for kayakers and other recreational boaters.

It is here where conservationists, community advocates and civil servants are working together to find solutions to the growing issue of sea level rise.