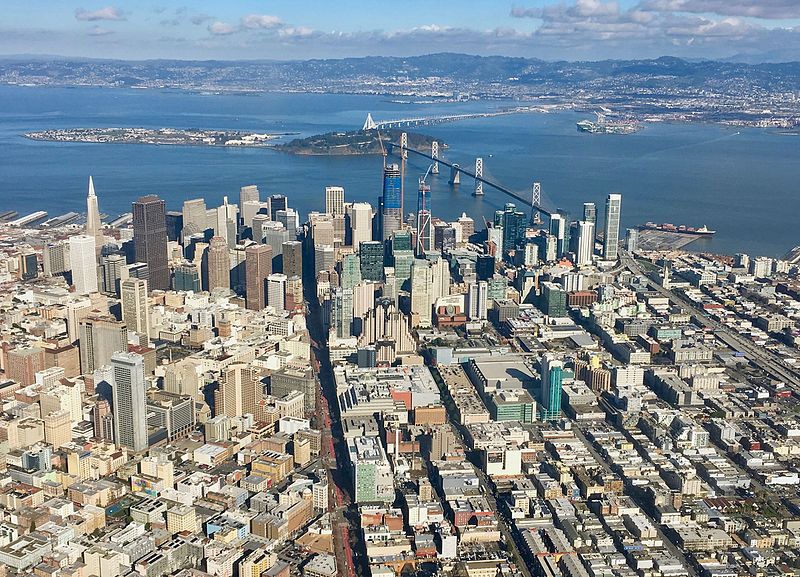 CA - The Colossal Weight of Cities Is Making Them Sink, Even as Sea Levels Are Rising

Cities don't just have sea level rises to worry about – they're also slowly sinking under the weight of their own development, according to new research, which emphasises the importance of factoring subsidence into models of climate change risk.

Geophysicist Tom Parsons, from the United States Geological Survey (USGS) agency, looked at San Francisco as a case study of how large urban developments could be affecting and depressing the actual surface of the Earth.

By his calculations, San Francisco might have sunk as much as 80 millimetres (3.1 inches) as the city has grown over time. Considering the Bay Area is under threat from as much as 300 mm (11.8 inches) of sea level rise by 2050, the extra variation added by slow subsidence is significant enough to be concerning.

"As global populations move disproportionately toward the coasts, this additional subsidence in combination with expected sea level rise may exacerbate risk associated with inundation," writes Parsons in his paper.

Taking into account an inventory of all the buildings in the city and their contents, the study calculated the weight of San Francisco (population: 7.75 million) as being around 1.6 trillion kilograms – about 3.5 trillion pounds, or roughly 8.7 million Boeing 747s.

That could be enough to both bend the actual lithosphere on which the urban centre sits, and perhaps more significantly, to change the relative levels of fault blocks – the floating chunks of rock that make up Earth's surface.