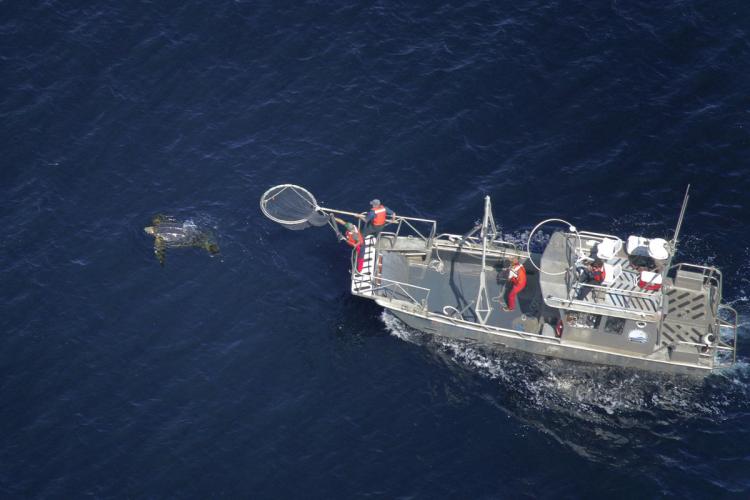 The number of leatherback turtles that feed in central California waters has declined by 80% during the last two decades, according to new research released by the National Oceanic and Atmospheric Administration and the Moss Landing Marine Laboratories.

“They’re at risk of extinction in the Pacific Ocean,” said Scott Benson, lead study author and marine ecologist with NOAA.

The marine reptile makes an extraordinary migration — every three to five years it swims more than 6,000 miles from its Pacific foraging grounds in Oregon, Washington and California to Western Papa New Guinea. There, leatherbacks nest and lay eggs.

Researchers have long known that on Indonesian shores Pacific leatherback turtle populations are sinking. But Benson and colleagues wanted to investigate if the same was happening at central California coastal feeding areas.

Pacific leatherbacks swim to California to forage a common jellyfish — brown sea nettles — from the Monterey Bay area, north to Point Reyes. Those jellyfish are what sustain the turtles, which can weigh up to 1,300 pounds and measure up to 6 feet in length, Benson said.