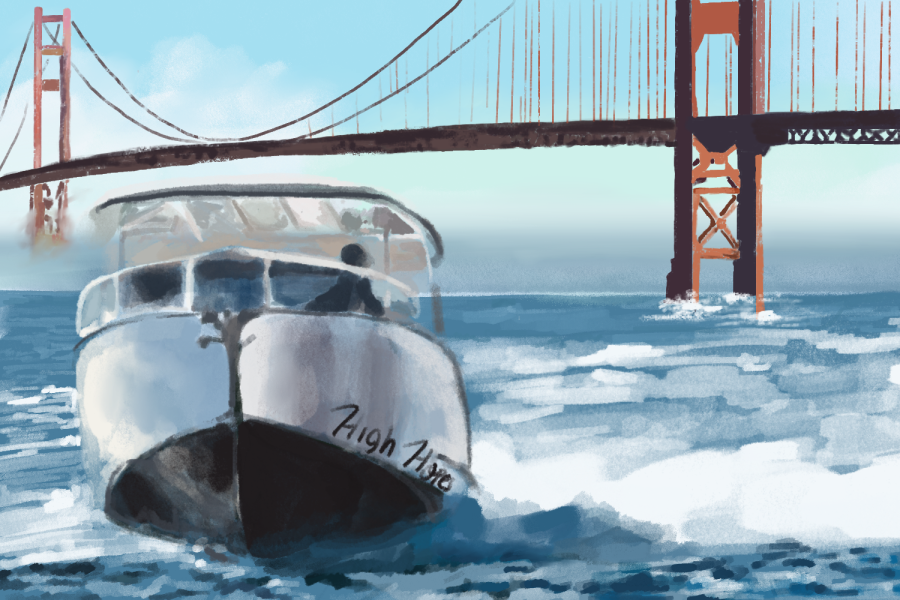 While the fishing waters get murky overseas, the management of the local fishing industry supports the livelihoods of fishermen while protecting the environment.

The National Oceanic and Atmospheric Administration (NOAA) conducts stock assessments through its science centers to prevent environmental decline in national waters. To determine the state of fish populations, they utilize data collected through research surveys and fishermen and plug this information into models. `

“Stock assessments look at biological parameters such as biomass and fishing mortality, which are used to determine whether a stock is overfished. When the stock is too low we need to rebuild it. Mortality rates build into how many fish are being removed from the population by hunting,” said Craig Cockrell, a fishery biologist at NOAA’s Office of Sustainable Fisheries.

The environmental impacts of low fish stocks on marine ecosystems can be understood by considering the nutritional relationships between kelp, sea otters, and sea urchins. Dan Palance, a graduate student at the University of California Santa Cruz, studies the effect of climate change on fish ecology and is currently working towards a Ph.D. in marine ecology.

“When sea otters were eliminated from kelp forests due to hunting or predation, sea urchins were released from predation pressure and quickly consumed kelp, transforming the productive forests into urchin barrens. A fish has a similar role in its ecosystem, you can predict possible outcomes resulting from its decline or disappearance,” Palance said.

Like the sea otters, when certain species of fish become scarce, there are cascading implications on other organisms’ nutrition which throws off the population balance in impacted marine ecosystems.

“Forage fish such as sardines and anchovy, are vital energy sources for a huge array of animals from other fish, to sea lions, to whales,” Palance said. “Their population fluctuations have been suggested as causes for sea lion pup mortality and they are a crucial energy link from primary producers to apex predators. Their decline would have potentially far-reaching effects on ecosystems.”

To prevent the impacts of low fish populations, the results of stock assessments are used to determine fishing seasons. These seasons open and close based on the reproductive timing of certain species, allowing for safe harvesting and the prevention of overfishing.

“The fishing season is open for six months at a time and is closed for four or five months. That’s the sustainability aspect of them because nobody can fish them; seasons close so the fish can regenerate and grow,” said Mike LaRocca, an owner of  A. LaRocca Seafood.

La Rocca Seafood is a San Francisco-based wholesale dealer that delivers fish to San Francisco restaurants and retail stores. The company sources its product from local fishermen that abide by regulations to ensure the preservation of the Bay Area’s ecosystems.

If coastguards see a fisherman offloading fish caught in restricted waters, they perform a dockside intercept and cooler check to make sure minimum sizes and catch limits are followed. Officers monitor areas with sensitive fish populations such as spawning areas.

If commercial fishing is impacting a species, area closures are enforced. Harvesting that species is prohibited until their regeneration in these protected waters.

“Local regulations are pretty well followed. We don’t have that kind of oversight on fish that comes off the airplane or a different part of the world,” Mellor said.

Despite threats of closures in local areas, highly profitable, foreign companies are less regulated due to their size and commercial power.

“Cargo ships that come into Seattle from China end up killing dozens of whales. But the cargo shipping industry is so huge that all they get is a slap on their wrist,” LaRocca said.

In comparison to the lack of overseas regulations, the federal government tightens its control over local companies to reduce environmental impact.

For example, in 2016, NOAA established that up to 2 short-tailed albatrosses were permitted to be killed as bycatch in the Pacific halibut fishery off Alaska. If these limits were exceeded, the federal government threatened to shut down the fishing of the halibut in the impacted area.