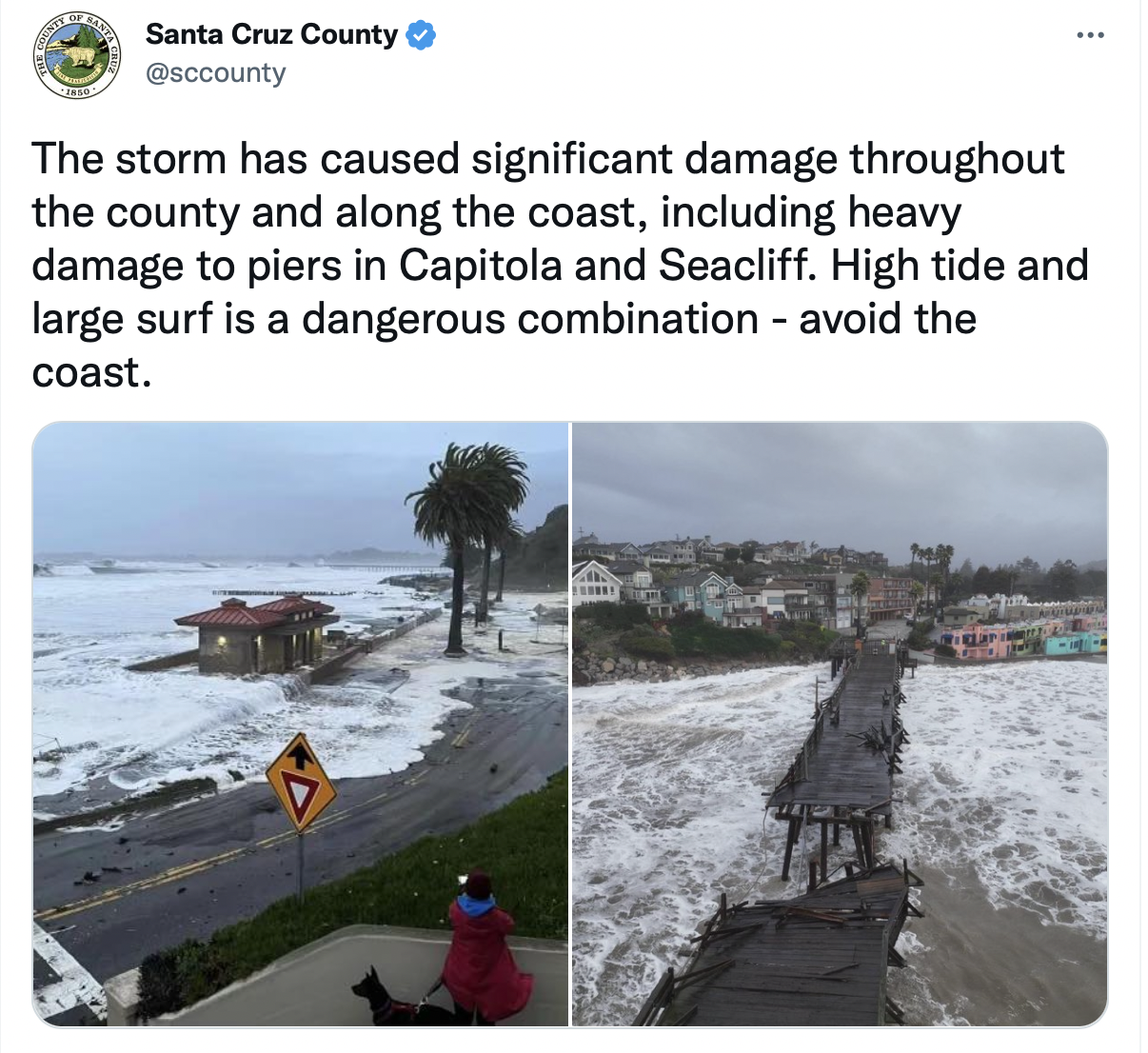 In the popular coastal town of Capitola, a section of the wharf collapsed into the ocean as destructive waves pounded the coastline. Nearby Seacliff Pier also suffered "heavy damage," the county said.

Longtime Capitola residents said the wharf is important, not only as an iconic symbol but also as an attraction bringing visitors to the town’s businesses.

"So sad, really. The wharf, that’s so devastating," Capitola resident Kristine Tinger said. "It’ll be closed down for a while for sure.”

Rain runoff and a surging swell converged in Capitola's village, prompting officials to evacuate the area. Businesses in the village sustained "significant damage," but no injuries were reported, police said.

"The combination of the swell and then the rain runoff, that kind of put us in the situation that we're in right now," Capitola police Chief Andrew Dally said. "The swell is supposed to drop significantly by tomorrow, so that'll help our current situation, but we're still monitoring the high tide and the rain runoff."

The village will remain closed until crews can assess the damage and determine that it's safe to reopen, police said.

"This is a serious situation," Capitola Mayor Margaux Keiser said. "We want to take every precaution that we can."

The county urged the public to avoid the coast Thursday due to "enormous waves and high tides," calling the conditions "extraordinarily dangerous."

Sara Froie, who lives along Soquel Creek, which drains into the Pacific Ocean, was among the residents forced to evacuate Thursday morning.