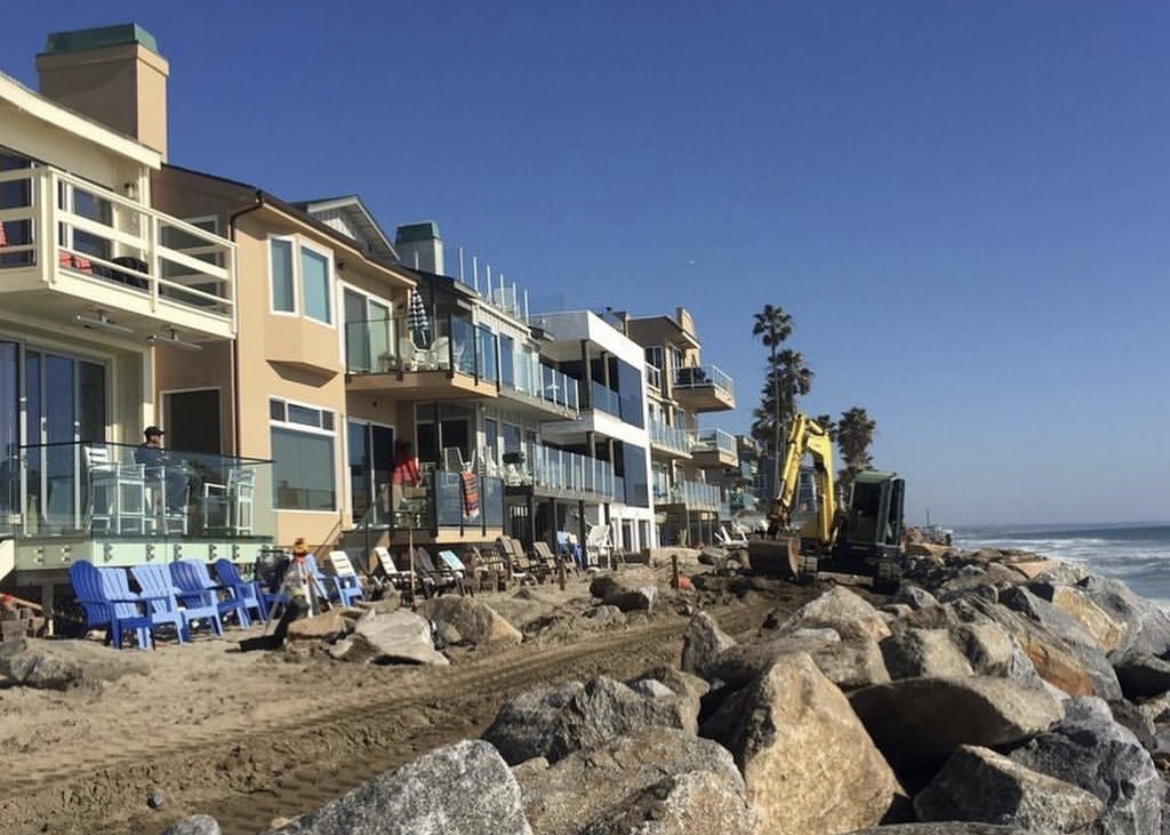 The state told the city of Oceanside to stop laying big boulders in front of beachside properties. The city says what it’s doing is legal.

“Entitled beachfront property owners on the Pacific Street block in Oceanside have decided yet again that their private beach wasn’t big enough, and used front-end loaders and cranes to slash and gash the public beach for their own exclusive private use,” Surfrider San Diego wrote on Instagram March 6.

The city of Oceanside says what it’s doing is legal.

In a March 3 email to the Coastal Commission, Oceanside principal planner Russ Cunningham said the city OK’d repair to a revetment, or boulder wall, and adding sand to the beach in the 1200 block of South Pacific Street. It did so under an exemption the city can make to a type of permit needed to do any work on the coastal zone, or California’s shoreline, which is protected for public access under state law.

The city can permit coastal development as long as it’s following state rules. In this case, the Coastal Commission doesn’t agree the work being done in this particular area is following those rules.