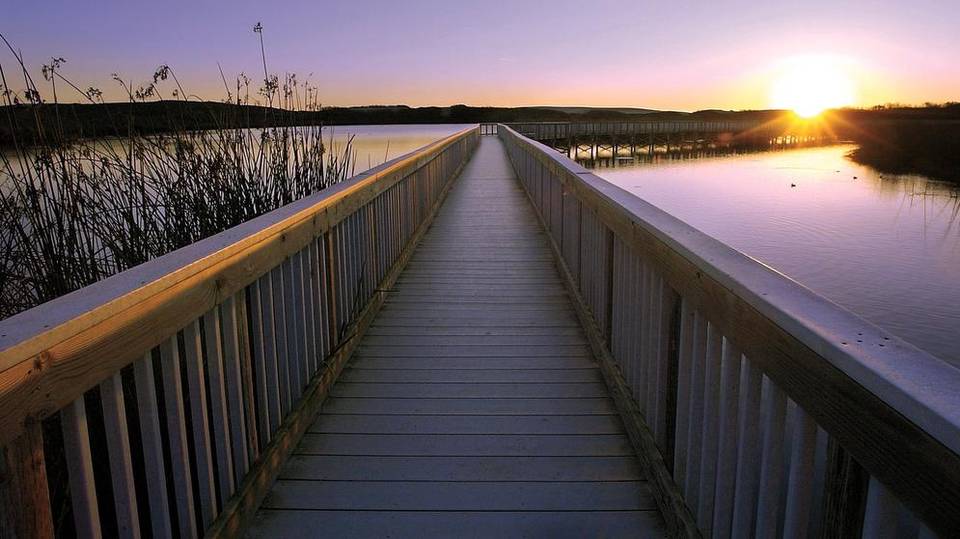 CA - State Parks wants to transform this Central Coast treasure into a tourist destination. No way

Editor’s note: This is the first in a three-part series of editorials on major changes proposed at the Oceano Dunes, which includes the state’s most visited off-road recreation area.

Let’s cut straight to the chase: Further development of Oso Flaco Lake, located in southernmost San Luis Obispo County, would amount to a crime against nature.

Of all the proposals in State Parks’ comprehensive Public Works Plan for the Oceano Dunes, this may be the single most contentious — aside from a counter-proposal to ban off-road vehicles from the entire park.

Locals love Oso Flaco, and they’re rallying to save it from over-development, just like they did 40-odd years ago when it was proposed as an entrance to the Oceano Dunes riding area.

“We took the director of State Parks on a tour through the area and presented the first annual Day of the Dunes program, which extolled the virtues of saving the natural resources of the area from further off-road vehicle destruction. By 1980, the SVRA (State Vehicular Recreation Area) shelved its plans,” South County resident Michael Bondello recalled in a letter to the editor.

If the area was declared off-limits to more development 40 years ago, why is the state looking at it again — albeit primarily for “non-motorized recreational opportunities”?

We aren’t just talking about paving the parking lot and installing new restrooms and entrance kiosk — we don’t have a problem with that.

It’s what State Parks refers to as its Future Project that’s an outrage. It would add 200 RV campsites, 100 drive-in campsites and 20 cabins, among other tourist-serving facilities.

It would forever change Oso Flaco from the peaceful place where people go to hear themselves think (though they can sometimes also pick up the roar of ATVs in the background).