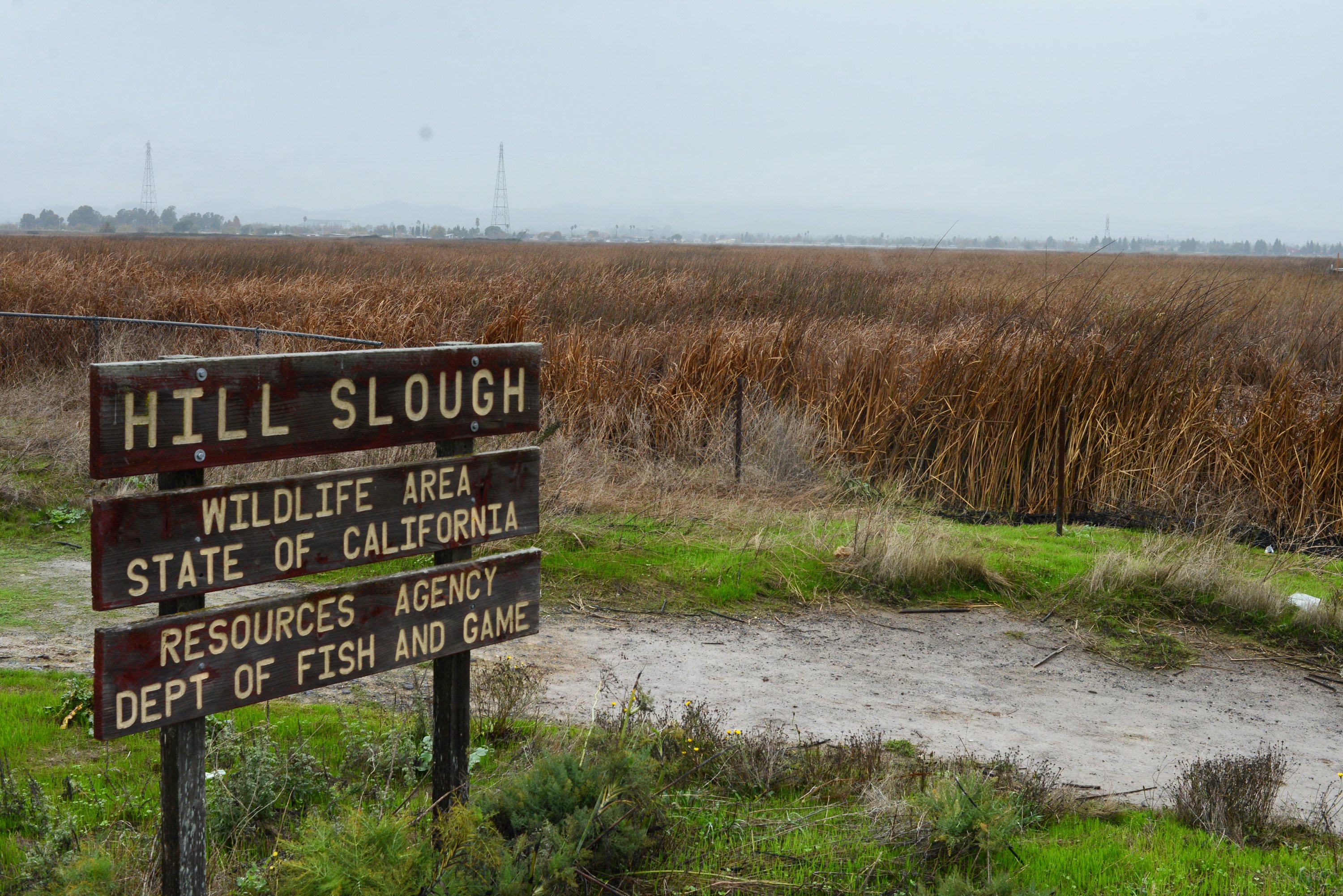 The grant also will fund research on greenhouse gasses in the wetlands.

Sarah Estrella, environmental scientist in Bay-Delta Region 3 of the state Department of Fish and Wildlife, said wetland areas are constantly growing and breaking down vegetation, which releases methane, carbon dioxide and other greenhouse gasses.

She said it explains the unique odor of the habitat that visitors experience when out in the Suisun Marsh.

“We have models and methods of measuring greenhouse gasses. However, there is less known about brackish systems than freshwater systems. We simply don’t know how much methane will be produced versus how much carbon will be sequestered in a restored brackish marsh,” Estrella said.

“We assume the tidal marshes are better because there isn’t the same buildup of vegetation,” Estrella said. “But we really don’t know.”

Estrella said the information will be compared to other wetland data from around the Delta.

The project also includes restoration of 46 acres of upland to tidal wetland in the marsh.

The Hill Slough Wildlife Area is about 1,750 acres. It is located at the northern edge of the Suisun March Primary Management Area, southeast of Suisun City, and bordered by Suisun Slough, Hill Slough, McCoy Creek and a tidal moat.

It is also the location for the proposed Pacific Flyway Interpretive Center.

Nearly 10,000 fishermen use the wildlife area each year. Hill Slough is a popular bird-watching and hiking venue, too.

The larger Hill Slough restoration project, according to state documents, is a two-phase, $10.65 million project to restore 850 acres of managed wetlands to tidal wetlands. It was approval by the San Francisco Bay Conservation and Development Commission in September 2017. Supervisor John Vasquez joined the 19-0 majority.