West Coast
A SpaceX facility under construction in this aerial photograph taken in April 2018 above the Port of Los Angeles. Bloomberg 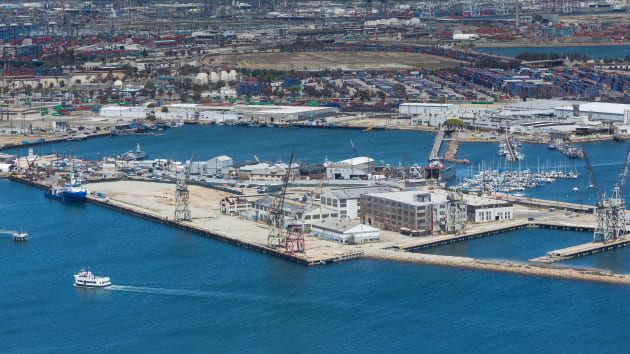 SpaceX is talking to government officials about building a major manufacturing facility in the Port of Los Angeles, CNBC confirmed on Wednesday.

The new rocket factory would build SpaceX’s massive, next-generation rocket called Starship. But the deal itself is not entirely new: The company already had approval to build the facility in 2018, with the city and port signing off on a 10-year lease at $1.4 million per year. But SpaceX backed out last year, a move that L.A. City Councilman Joe Buscaino said “was just crushing” given the city’s high hopes for redeveloping the port.

“We know the significance of building Starship in San Pedro,” Buscaino told CNBC. “If San Pedro is good enough for Elon Musk, then it will be good for other innovators.”

SpaceX already leases more than 8 acres of land in the outer harbor of San Pedro. Yet the company largely uses those grounds as a transition point for when its rocket boosters land on a barge and need to be shipped back to SpaceX headquarters near Los Angeles International Airport. This deal would add 18 acres in the heart of the Port of L.A., on Terminal Island.