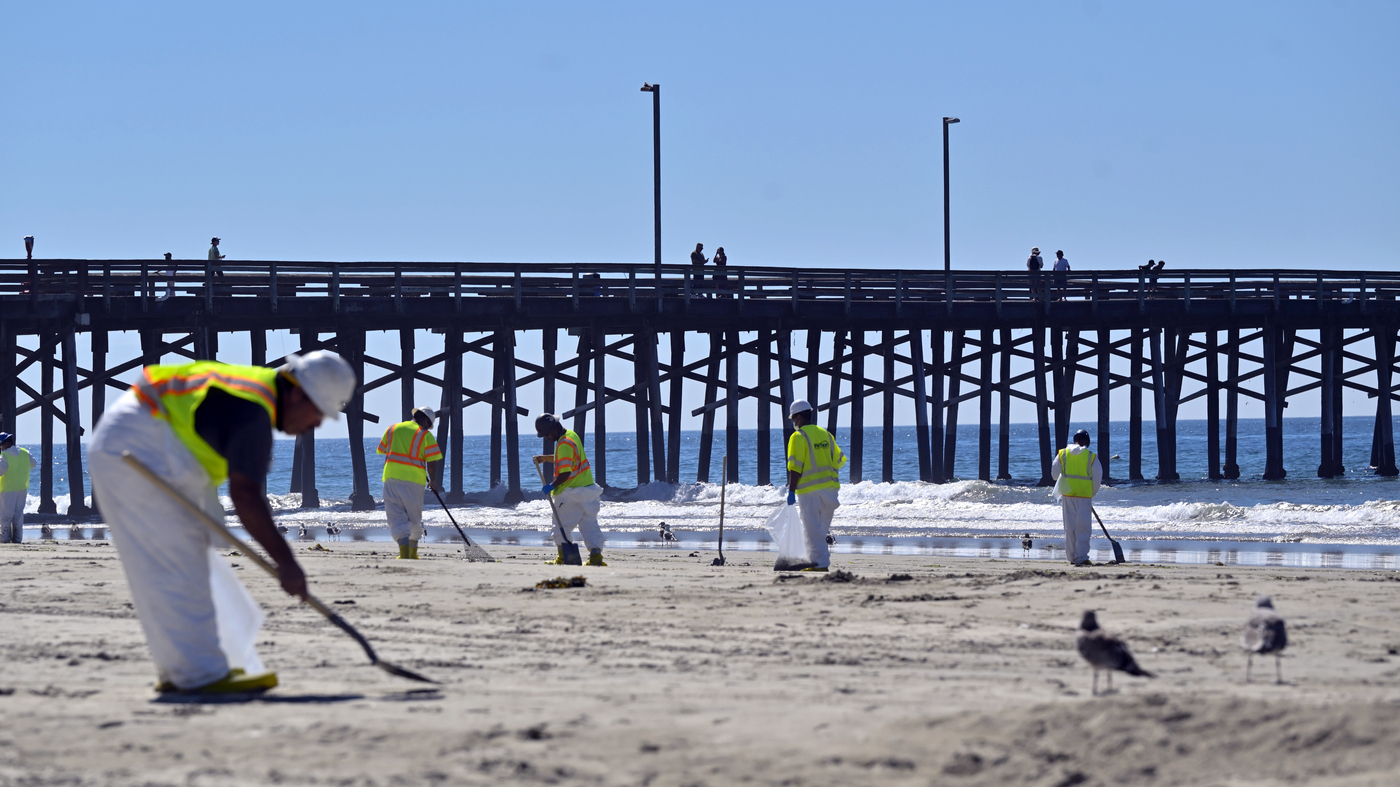 LONG BEACH, Calif. — A ship's anchor may have hooked, dragged and torn an underwater pipeline that spilled tens of thousands of gallons of crude oil into the ocean off Southern California, according to federal investigators who also found the pipeline owner didn't quickly shut down operations after a safety system alerted to a possible spill.

Questions remained about the timeline of the weekend spill, which fouled beaches and a protected marshland, potentially closing them for weeks along with commercial and recreational fishing in a major hit to the local economy.

'Where The Land Used To Be,' Photos Show Louisiana Coast 10 Years After BP Oil Spill

Some reports of a possible spill, a petroleum smell and an oily sheen on the waters off Huntington Beach came in Friday night but weren't corroborated and the pipeline's operator, Amplify Energy Corp., didn't report a spill until the next morning, authorities said.

An alarm went off in a company control room at 2:30 a.m. Saturday that pressure had dropped in the pipeline, indicating a possible leak but Amplify waited until 6:01 a.m. to shut down the pipeline, according to preliminary findings of an investigation into the spill.

However, Amplify CEO Martyn Willsher insisted that the company wasn't aware of the spill until it saw a sheen on the water at 8:09 a.m.

The company's spill-response plan calls for the immediate notification of a spill. Criminal charges have been brought in the past when a company took too long to notify federal and state officials of a spill.