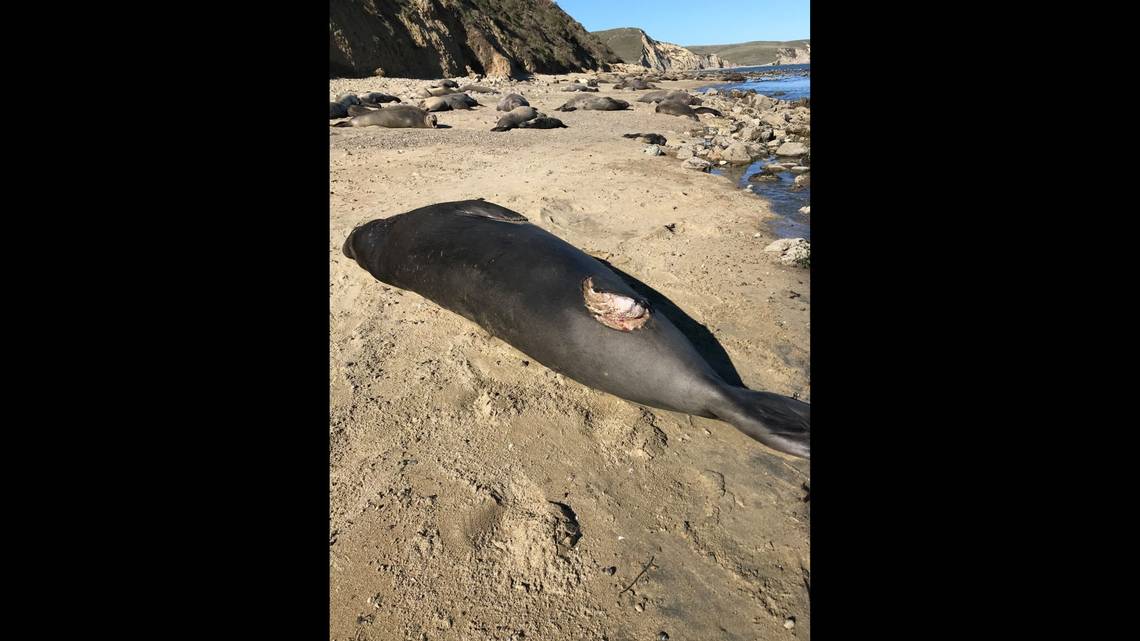 Elephant seals only have two predators. White sharks and orcas are the only known animals to prey on the large elephant seals, according to the National Park Service.

The wounds look alarming. Photos show chunks missing from the sides of the seals’ bodies. To the unknowing eye, it looks like the bites would cause significant damage.

For the seals, however, their fatty build can be a real life-saver..

“These three seals are the lucky ones that have survived a shark trying to make a meal out of them,” officials wrote. “Elephant seals have an amazing ability in healing their wounds, and these seals will most likely survive since the bite was only in their blubber layer.”

The blubber layer is a thick build up of fatty tissue that helps elephant seals stay warm in the deep ocean, according to the nonprofit Friends of the Elephant Seal. It’s made from different types of fat and keeps internal organs protected.