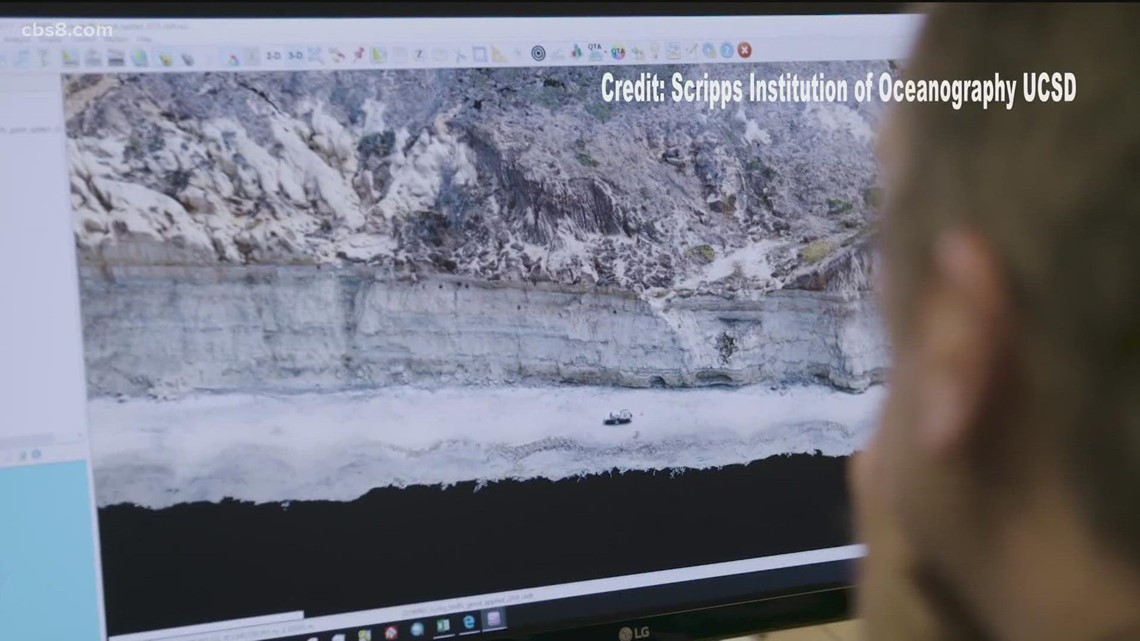 This research is the first step to the possible creation of an early warning system for cliff collapses.

SAN DIEGO — A newly state-funded program aimed at accelerating the science behind coastal bluff failures was signed into law this week.

Scientists with Scripps Institute of Oceanography UCSD hope to get better understanding of cliff failures that could lay groundwork for future alert system.

The bill was introduced by Assembly member Tasha Boerner Horvath, who secured $2.5 million for the three-year study through the state budget.

With funding from this bill, Scripps coastal geomorphologist Adam Young, who has been surveying these cliffs for several years, and geophysicist Mark Zumberge will aim to gain a better understanding of the processes that lead up to cliff failures.

“Predicting bluff failure is really difficult to know when and where it’s going to occur,” said Adam Young.

Young and his team are surveying the cliffs in San Diego County for several years using Light Detection and Ranging (LiDAR), a system that scans the cliffs with a laser creating very high resolution three-dimensional spatial maps of the coast. Young’s research aims to better understand coastal change such as the multiple interwoven cliff erosion processes that create cliff instability and trigger gravity-driven failures.

“We will be able to install instruments inside the cliffs that will help us understand the timing of cliff failure,” said Young.

AB 66 was supported by Boerner Horvath, whose district includes San Diego’s coastal North County, after tragic fatalities in August 2019 when a 30-by-25 sandstone chunk broke loose and unfortunately fell onto three women at Grandview Beach in Encinitas. Critical infrastructure and development, including a key railroad line, are also threatened by actively eroding cliffs.

“This will include state parks. This will include people that live on top of cliffs as well as other public infrastructure that we have along our coastline such as highways and railways," he said.

A central goal is to discover if any signature exists that could foretell heightened risk in specific locations. Learning how ground deformations are impacted by tides, large surf, groundwater, and rainfall may help answer the question of whether signals exist that can forecast where and when an increased risk for collapse is developing.