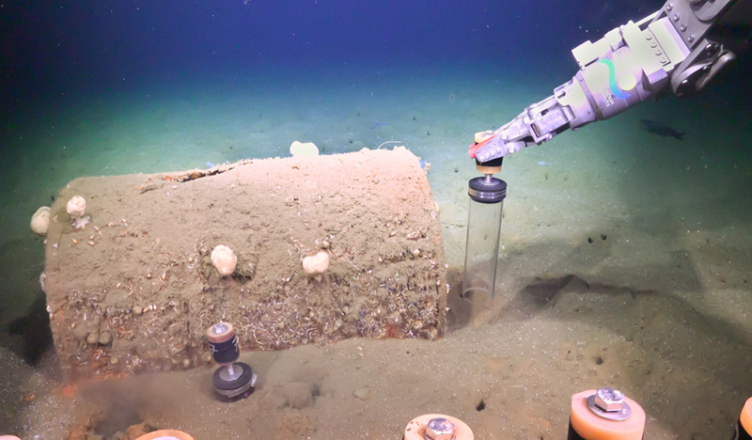 CA - Scripps Institute of Oceanography Granted $5.6 Million to Study DDT Dumpsite off the Coast of California

Scripps Institution of Oceanography (SIO) was recently awarded $5.6 million of federal funds with the aim to fully characterize the dumpsite situation of Southern California’s shores by supporting related research.

The dumpsite at San Pedro Basin is known to have started around the 1940s, caused by local governments and industrial companies, and continued until the Ocean Dumping Act took effect in 1972.

According to a Los Angeles Times investigative report, shipping logs show that around 2,000 barrels of the chemical dichlorodiphenyltrichloroethane (DDT) were dumped each month from 1947 to 1961 into a designated dumpsite in Southern California. DDT, a strong  pesticide that can lead to cancer and developmental abnormalities in humans and animals, is now banned from the market. Unfortunately, these chemicals are heavily found in dolphins and sea lions near the dumpsite.

The new research, sponsored by the federal agency National Oceanic and Atmospheric Administration (NOAA), will provide abundant support for taking a closer look into the dumpsite. In collaboration with UC Santa Barbara and San Diego State University, SIO will focus the research targets to fully characterize the extent of the dumpsite, identify the toxin “fingerprint” contained in the sediments, and assess toxin pathways to the upper ocean.

This research will also develop potential remedial strategies, such as studying the purifying effects of microbes, in an attempt to neutralize the toxin on the seafloor.

“It’s deeply concerning that we don’t yet know the full extent of the DDT and potentially other toxic materials dumped off California’s shores and the threat they pose to the environment,” said Senator Dianne Feinstein, who directed the funding along with Senator Alex Padilla.

“Until we understand the scope of the problem, we can’t develop solutions to solve it,” Feinstein continued. “That’s why we secured funding to map the region’s seafloor and test the barrels, sediment and water column. I’m pleased NOAA and Scripps are moving forward with the next phase of this critically needed work and eagerly await their findings as we plan for the next steps.”

SIO’s research on the dumpsite can be traced back to the expedition in March 2021, when SIO first mapped over 36,000 acres of the seafloor in the San Pedro Basin. It turned out that there were over 27,000 targets identified as dumped barrels and over 100,000 total debris objects on the seafloor.

The expedition result was unexpected, according to Eric Terrill, chief scientist of the expedition and director of the Marine Physical Laboratory at SIO.

“There are several distinct track-line patterns in the surveyed area, suggesting that the dumping was repeatedly done from an underway platform such as a moving ship or barge,” Terrill said.  “Some of those lines are as long as 11 miles and approach state waters. While our mapping sonars cannot measure the contents inside the barrels, the target locations are consistent with the previously identified dumpsite and extend much further than we expected.”

The broader sea area known as the Southern California Borderland, is also valuable for studying the deep-sea system, which has been rarely explored before. Uncommon earth minerals, including ferromanganese and phosphorite which have uses in  electronic manufacturing, have been found in this area, indicating its potential for deep-sea mining.

“The DDT dump site provides evidence of a large human footprint in the deep ocean, but we are just starting to identify the effects on local marine communities,” said chief scientist Lisa Levin, a professor of biological oceanography at SIO.

The latest research updates and more information can be found on the SIO website.