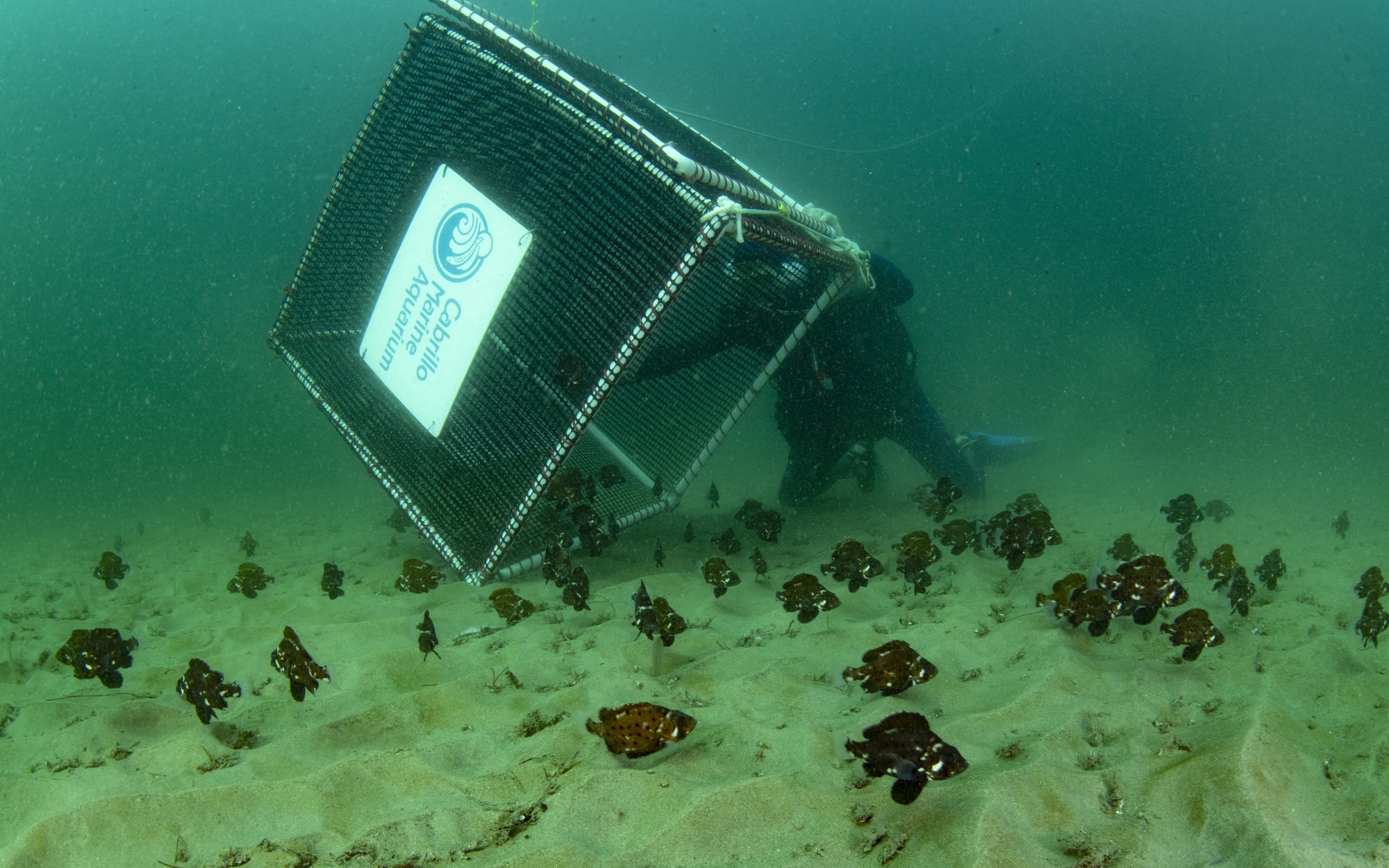 Ateam of scuba-diving biologists on Wednesday released nearly 200 baby giant sea bass into the murky depths of Santa Monica Bay where the tiny, critically endangered fish could grow to be a quarter ton or more in size.

The captive-bred infants quickly adapted to their new home, a submarine canyon about 30 feet beneath the waves, where the currents are rich in nutrients and tiny shrimp, a favorite food for the bass.

The four-inch infants — adorned with orange, blue and gray colors — can reach 560 pounds, seven feet in length and live to be 75 years old.

They are also as imperiled as black rhinos. Giant sea bass were among the most overfished species in the 1930s. Today, fewer than 500 breeding adults cruise Central and Southern California’s coastal waters, according to a recent genetic study.