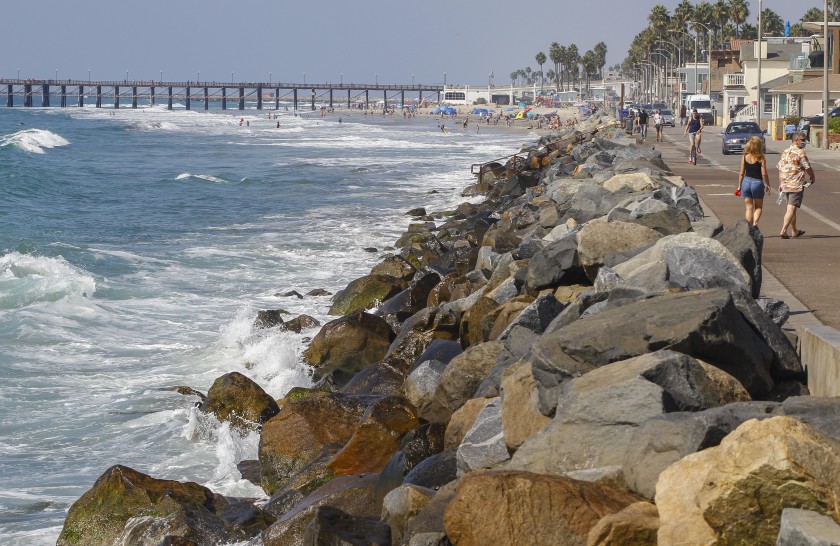 Consultants are taking a closer look at six preliminary concepts for replenishing and retaining sand on Oceanside’s eroding beaches.

GHD, an international consulting firm with an office in San Diego, began an engineering evaluation and feasibility study for the city in May, Koger said.

The study examines several ideas, including a 1,000-foot-long artificial reef built of rock in a shallow area of the ocean several hundred feet offshore. The reef would collect and hold sand at its edges and on the side facing the beach.

Groins are another possibility for retaining more sand. The consultants looked at some built decades ago in Newport Beach and one in Carlsbad near the Encina power plant at the outlet from the Agua Hedionda Lagoon. The study considered the possibility of a pilot project in Oceanside with two 400- to 600-foot-long rock groins, 1,500 feet apart on the city’s sand-starved southern beaches.