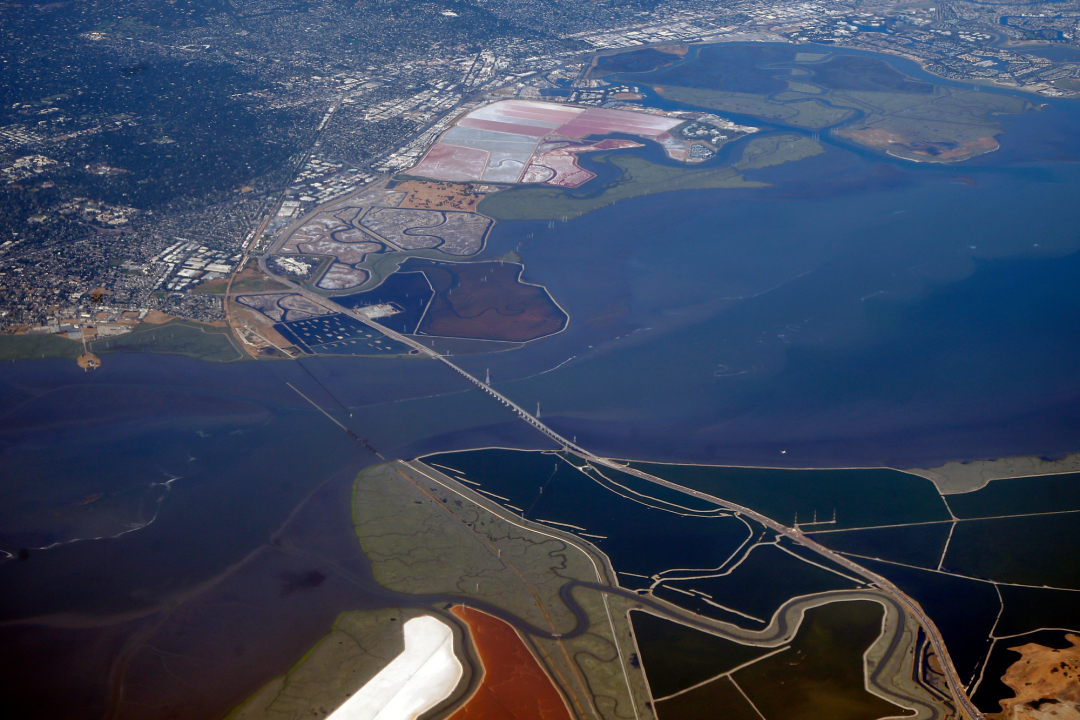 For more than 100 years after California’s Gold Rush, developers and city leaders filled in San Francisco Bay, shrinking it by one third to build farms, freeways, airports and subdivisions.

All that changed in the 1970s with modern environmental laws. But now as sea level rise threatens to cause billions of dollars of flooding in the coming decades, the bay is going to need to be filled again — but this time in a different way, according to a new scientific report out Tuesday.

Twice the amount of sediment excavated for the Panama Canal will be needed to build up the bay’s shoreline, researchers say, to protect communities in Marin County and elsewhere from disastrous flooding and rising seas that could climb as much as 6 feet by the end of the century.

The best source for that immense volume of fill is the mud and silt scooped up when the bay’s harbors and shipping channels are dredged every year. But currently, that material is being dumped into the ocean 60 miles off the Golden Gate, or sent to the bottom of the bay near Alcatraz Island.

“We’re wasting too much,” said Marin Audubon executive director Barbara Salzman, whose organization is seeking to use dredge spoils for its planned restoration of the Tisconia Marsh in San Rafael’s flood-prone Canal neighborhood.

“We really need to make use of the sediments as a resource,” Salzman said. “I hope we can take advantage of this and get some regional program going.”

The report calls for a radical change in those disposal practices.

“It’s not a waste product. It’s a valued resource. It should be used for the public good,” said Letitia Grenier, a co-author of the report and a senior scientist at the San Francisco Estuary Institute, a non-profit research organization in Richmond.