West Coast
A fence and sign keep beachgoes away from a stretch of coast in San Clemente. (Photo by Laylan Connelly/SCNG) 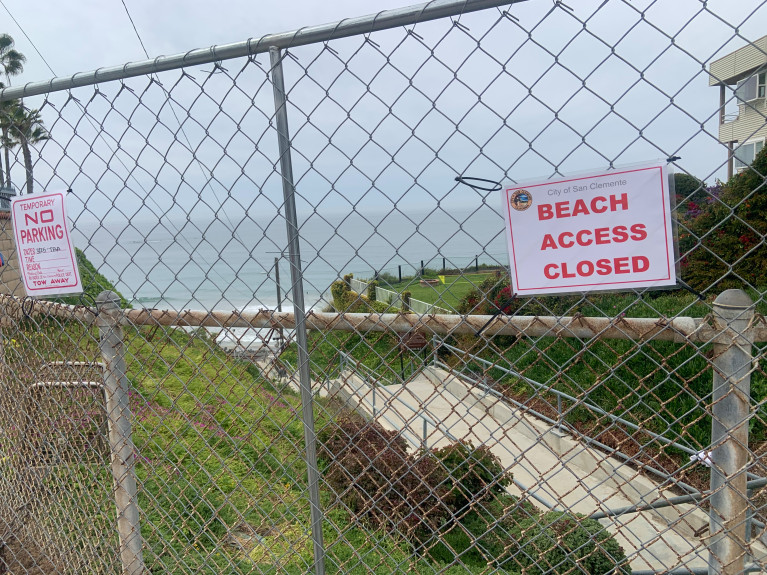 San Clemente beaches could be open by the end of the week, a decision made by city officials in a late-night meeting that would allow “active recreation” at city beaches and coastal trail with limited parking access.

The move comes after a two-week closure in the county’s southernmost city, which followed other closures in San Diego, Los Angeles, Laguna Beach and Seal Beach. Other area beaches, including Doheny State Beach and county-operated beaches such as Salt Creek and Strands Beach, have remained open with access limited by closing parking lots.

The debate on beach closures is mixed. While some pushed to get access back at the beach, arguing the open space should remain open for recreational use like surfing or exercising, others say opening beaches back up too soon could contribute to the spread of coronavirus.

The unanimous decision to open San Clemente’s beaches back up followed the Orange County Board of Supervisors vote on Tuesday to keep county beaches open, which include nearby Salt Creek, Strands Beach and Capistrano Beach.