Coastwide
Saildrone Surveyor, a remotely controlled sailboat, will set off on its maiden voyage to Hawaii where it will map the ocean and collect DNA samples. (Courtesy of Saildrone) 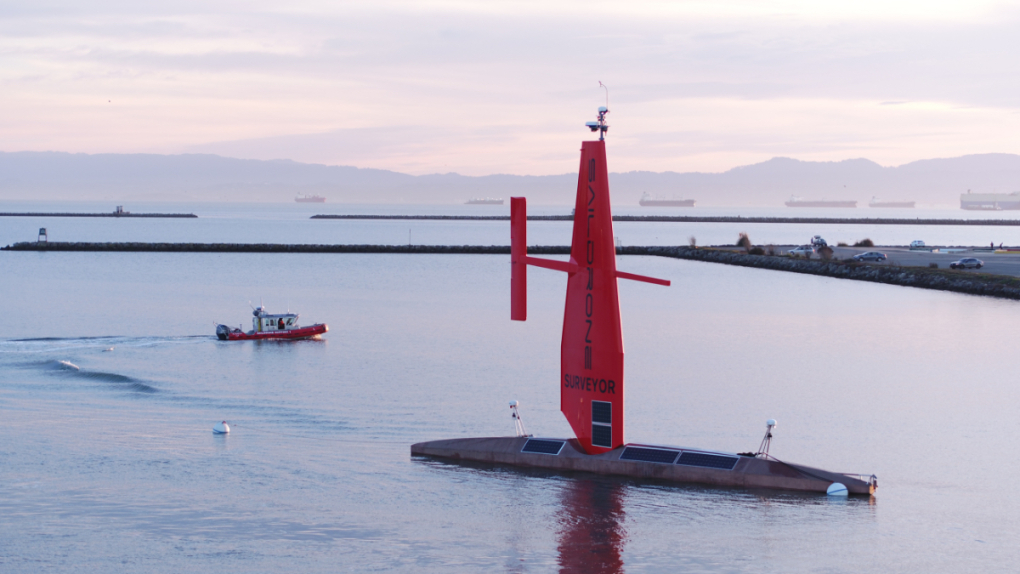 A remotely controlled sailboat that maps the ocean floor, collecting DNA samples and transmitting real-time data to scientists sounds like the stuff of science fiction. But it’s real and it’s actually pretty close to home.

Last month, Saildrone — an Alameda-based company that designs and builds unmanned surface vehicles — launched their first 72-foot vessel called the Saildrone Surveyor into the San Francisco Bay. Meant to replace the large ships that historically have been used for ocean mapping expeditions, the Surveyor is equipped with advanced sonar equipment that will allow it to map the ocean down to 7,000 meters (over 4 miles) beneath the surface and is expected to operate remotely on missions of 6 to 12 months.

“It’s kind of like a mission to Mars, right out in our Bay,” said Jim Birch, a researcher at the Monterey Bay Aquarium Research Institute who has been part of MBARI’s collaboration on the Surveyor’s development.

The Surveyor was developed in collaboration with researchers at MBARI and the University of New Hampshire through a grant from the National Oceanographic Partnership Program, which is sponsored by the National Ocean and Atmospheric Administration’s Office of Ocean Exploration and Research.

The vessel is going through some final engineering tests, but once it’s commissioned in a few weeks, it will set off on its maiden voyage to Hawaii and back, where it will map the ocean and collect DNA samples en route, in an unprecedentedly environmentally-friendly way.