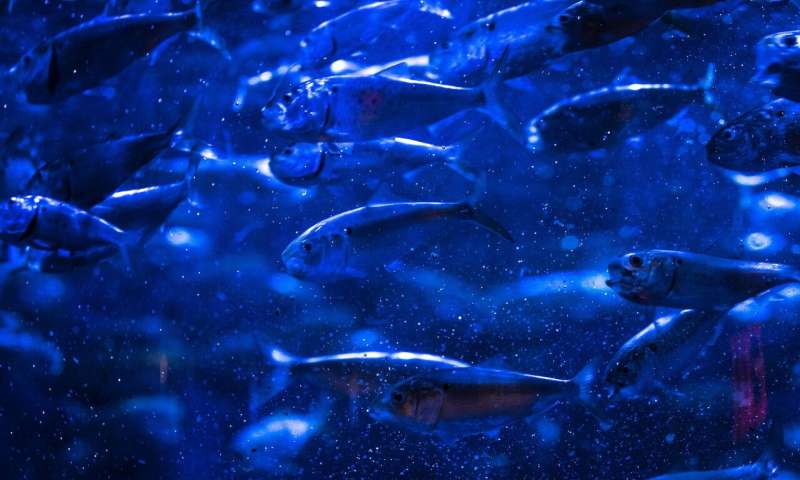 As the world increasingly turns to aqua farming to feed its growing population, there's no better time than now to design an aquaculture system that is sustainable and efficient.

Researchers at UC Santa Barbara, the University of Tasmania and the International Atomic Agency examined the current practice of catching wild fish for forage (to feed farmed fish) and concluded that using novel, non-fishmeal feeds could help boost production while treading lightly on marine ecosystems and reserving more of these small, nutritious fish for human consumption.

"The annual catch of wild fish has been static for almost 40 years, but over the same period the production from aquaculture has grown enormously," said Richard Cottrell, lead author of a paper that appears in the journal Nature Food.

Approximately 16 million of the 29 million tonnes of forage fish—such as herrings, sardines and anchovies—caught globally each year are currently used for aquaculture feed. To meet the growing demand for fish in a sustainable manner, other types of fish feed must be used, the researchers said.