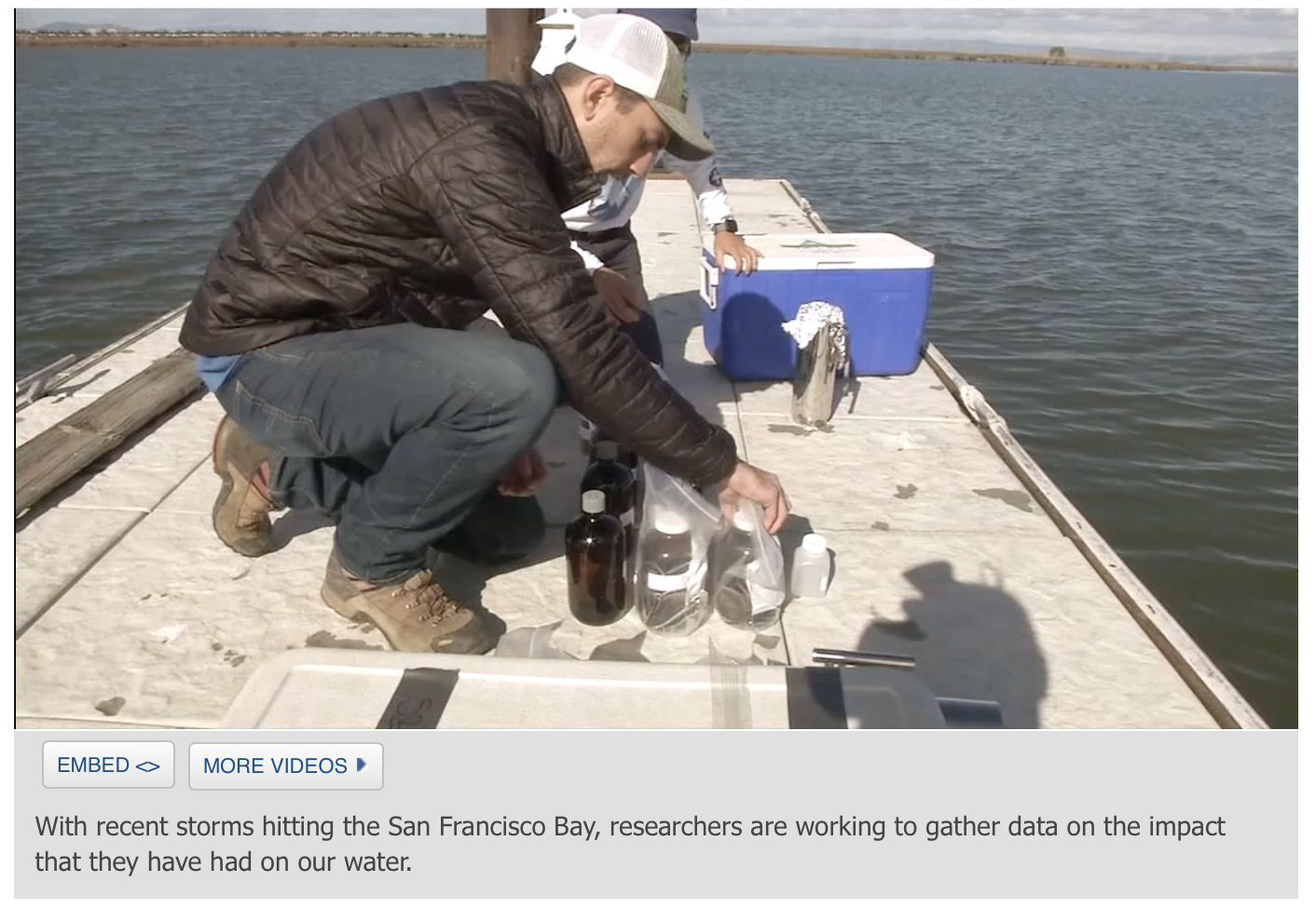 SAN FRANCISCO (KGO) -- For researchers Martin Trinh and David Peterson, a break in the rain means a chance to measure the minute changes a passing storm may have brought to the San Francisco Bay.

And they're not always good. For decades, storm runoff has carried along dangerous pollutants like mercury and PCBs. And the threat is still evolving.

"We've identified a new class of chemicals that we refer to as contaminants of emerging concern. And so these are going to be chemicals that are typically used in modern products, says Trinh.

Trinh and Peterson are with the San Francisco Estuary Institute and are members of a kind-of-quick strike force known as "RMP," for "Regional Monitoring Program for Water Quality" in the San Francisco Bay. The members often deploy in the middle of storms, even late at night, to capture and sample runoff. Alicia Gilbreath leads the team.

"And then we have to prepare all our equipment, we track the rainfall rates as the storms are coming in. So we track rainfall rates that are away from our sites, so that we know exactly when to mobilize for the storm event. Still, it can be really challenging," says Gilbreath.

This has been particularly challenging during the recent drought, with intermittent storms and long dry spells giving some pollutants a chance to build up on the storm water system. And Gilbreath says the team's measurements and data help local agencies make critical decisions on keeping the public safe from significant health hazards.

"Sometimes that's cleaning up sites that may have a lot of toxic pollution on them. Or sometimes it's making break regulations or policies at the local level, such as a plastic bag ban," she explains.

On a recent day after the first November storms, Trinh and Peterson were taking samples along Redwood City to compare the mix of polluted runoff water with cleaner bay water in a shoreline area where sensitive organisms and fish live.

It's a hectic form of science performed on a deadline. But over nearly two decades, the data has helped build an understanding of pollution threats to the San Francisco Bay, and informed policies designed to better manage them.