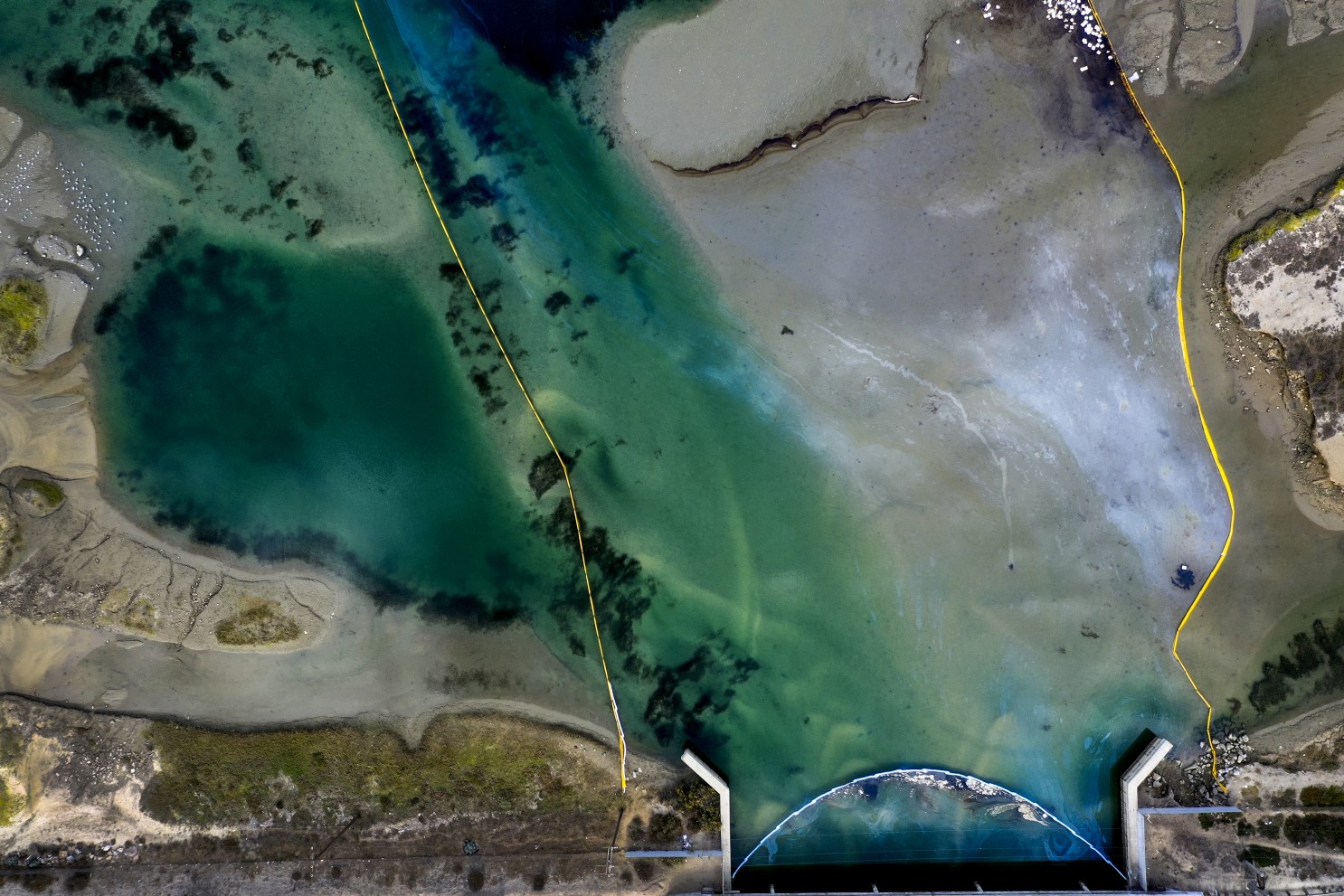 LONG BEACH, Calif. (AP) — Evidence emerged Tuesday that a ship’s anchor snagged and dragged an underwater pipeline that ruptured and spilled tens of thousands of gallons of crude oil off Southern California, an accident the Coast Guard acknowledged it did not investigate for nearly 10 hours after the first call came in about a possible leak.

The pipe was split open and a huge section was apparently dragged more than 100 feet (30.5 meters) along the ocean floor, possibly by “an anchor that hooked the pipeline, causing a partial tear,” federal transportation investigators said.

“The pipeline has essentially been pulled like a bow string,” said Martyn Willsher, CEO of Amplify Energy Corp., which operates the pipeline. “At its widest point, it is 105 feet (32 meters) away from where it was.”

The spill sent up to 126,000 gallons (572,807 liters) of heavy crude into the ocean off Huntington Beach, and it then washed onto miles of beaches and a protected marshland. The beaches could remain closed for weeks or longer, a major hit to the local economy. Coastal fisheries in the area are closed to commercial and recreational fishing.

The time of the spill was still unclear Tuesday, and there was no indication whether investigators suspect that a particular ship was involved.

Coast Guard officials defended their decision to wait until sunrise to investigate a possible spill first reported by a commercial ship at 8:22 p.m. Friday near a cluster of boats that were anchored off Huntington Beach.

That sighting was supported by a report to the National Response Center, a hazardous spill hotline staffed by the Coast Guard, at 2:06 a.m. Saturday from the National Oceanic and Atmospheric Administration, which said satellite images showed the strong likelihood of an oil slick.

Residents in nearby Newport Beach had also complained Friday about a strong stench of petroleum, and police put out a notice to the public about it.