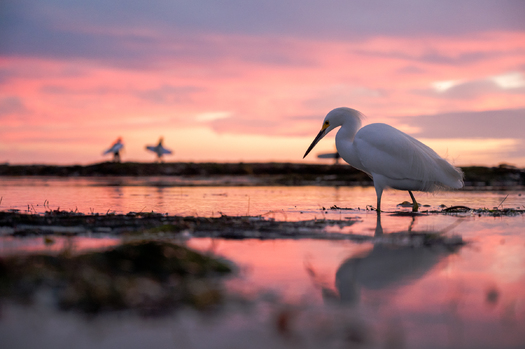 The state Coastal Conservancy will vote next week on a strategic planto guide how hundreds of millions of taxpayer dollars get spent over the next five years. The future of California's 1,100 coastline is at stake.

Liliana Griego, senior coastal program manager with Audubon California, said funds should go to projects that play to the strengths of indigenous people's knowledge and connection to the land.

"We're emphasizing equity, specifically to ensure that tribes are receiving long-term funding for co-management of various coastal habitats, with the end goal of returning ancestral lands to tribes," Griego said.

Griego said the Conservancy also should fund programs that combat the effects of climate change on the coast.

"Sea-level rise is a major threat," she said, "and so we really want to see land get acquired more inland so that as the sea levels are rising, wetlands are able to have room to migrate inland."

The groups are also promoting so-called "blue carbon" programs to restore coastal habitats such as wetlands, tidal marsh and eelgrass beds with native plants that sequester carbon as they grow, provide a buffer for sea level rise, and rebuild habitat for birds migrating on the Pacific Flyway.