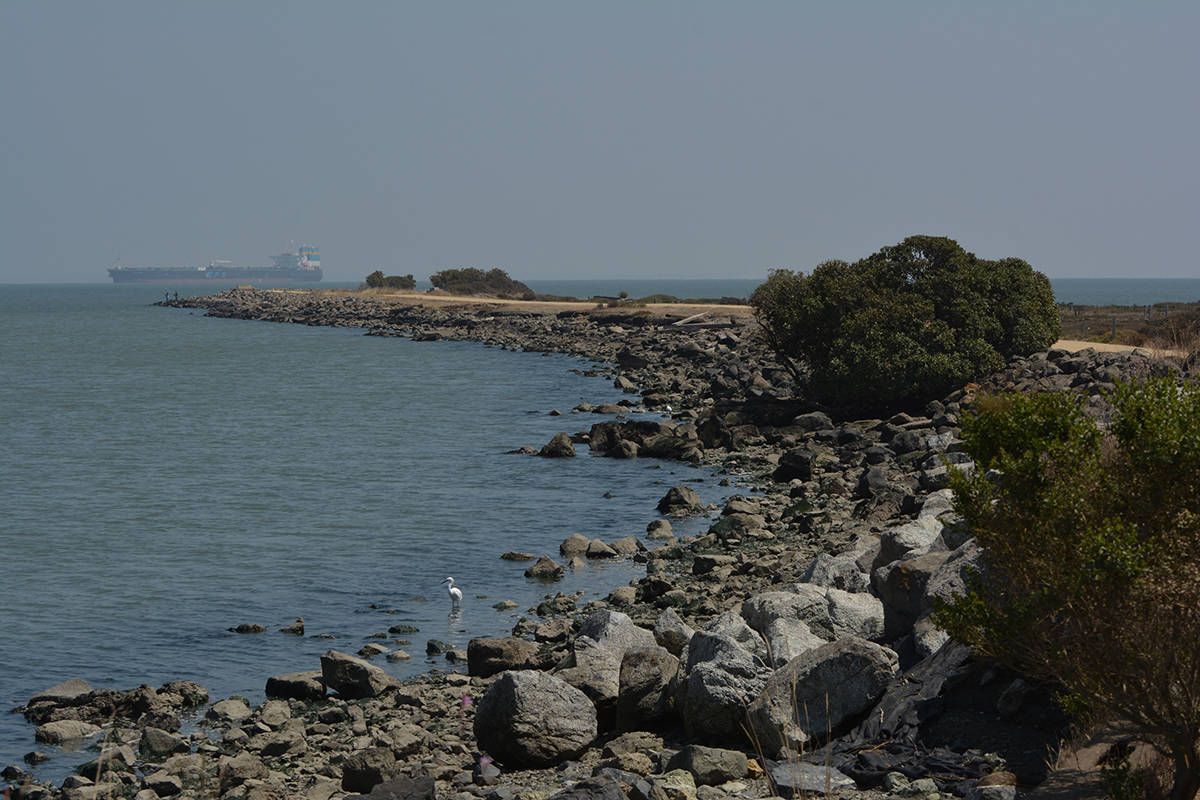 The shoreline of Heron’s Head Park, a spit of land north of Hunters Point that reaches out into the India Basin, has undergone significant erosion over the past 20 years, retreating up to 50 feet compared to 1999 in some areas.

The 22-acre open space, maintained by the Port of San Francisco, is known for abundant birds and wildlife. However, it is now under threat.

“One of the tidal ponds is consistently flooded rather than tidally flushed, which is essentially returning what was once pond habitat to open Bay water,” Carol Bach, environmental affairs manager for the Port, told the Port Commission earlier this month. “Without protecting the shoreline from erosion, Heron’s Head Park is expected to lose approximately two more acres over the next 30 years.”

The park’s wetland plant habitat — the basis of the wetland’s ecological function — has also decreased in size due to erosion, and lost habitat value due to an invasion of non-native plant species.

As part of a larger project to stabilize the shoreline, the Port has received a grant for nearly $300,000 toward a revegetation project from the San Francisco Bay Restoration Authority Grant.

The funding, which was accepted by the Port Commission on Tuesday, is intended to support the first phase of revegetation over a two-year period, and will be conducted with the San Francisco-based nonprofit Literacy for Environmental Justice.

The Bay Restoration Authority has also recommended an award of nearly half a million dollars for the second phase of the wetland revegetation, which Port officials are expecting to receive to support their three-year revegetation plan, as well as another of 300,000 for monitoring after the project is completed.