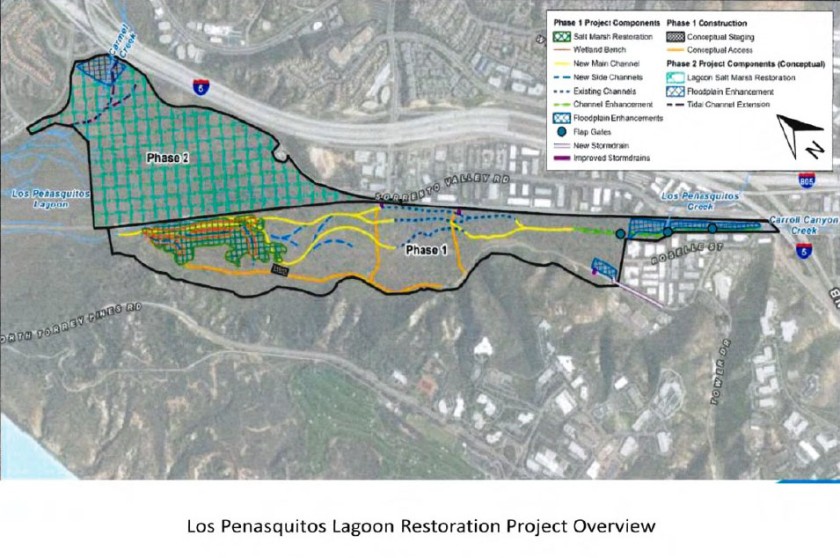 The Poway City Council will discuss the potential restoration of one of its watersheds, the Los Peñasquitos Lagoon, at 7 p.m. Tuesday.

The council will be asked to direct staff on how it wants to move forward with its involvement in a restoration project of salt marshes in the lagoon. The project is part of a joint-agency effort to reduce sediment in the watershed.

A watershed is an area of land that drains all streams and rainfall to one location. Poway is in two watersheds, Los Peñasquitos and San Dieguito, said Bob Manis, director of development services. The Los Peñasquitos Lagoon is a coastal marsh in San Diego County near Del Mar.

The lagoon was placed on the Clean Water Act list of impaired waterbodies for sedimentation and siltation in 1996, Manis said. The state is required to establish a total maximum daily load (TMDL) for pollutants in bodies of water on the list, he added. A TMDL establishes the maximum amount of a pollutant allowed in a waterbody and serves as the starting point or planning tool for restoring water quality, Manis said.

A TMDL for the lagoon was issued by the San Diego Regional Water Quality Control Board in June 2012, Manis said. Each jurisdiction within the watershed’s share of the required sediment reduction was calculated separately, and Poway’s share is 320 tons of sediment per year, he added.