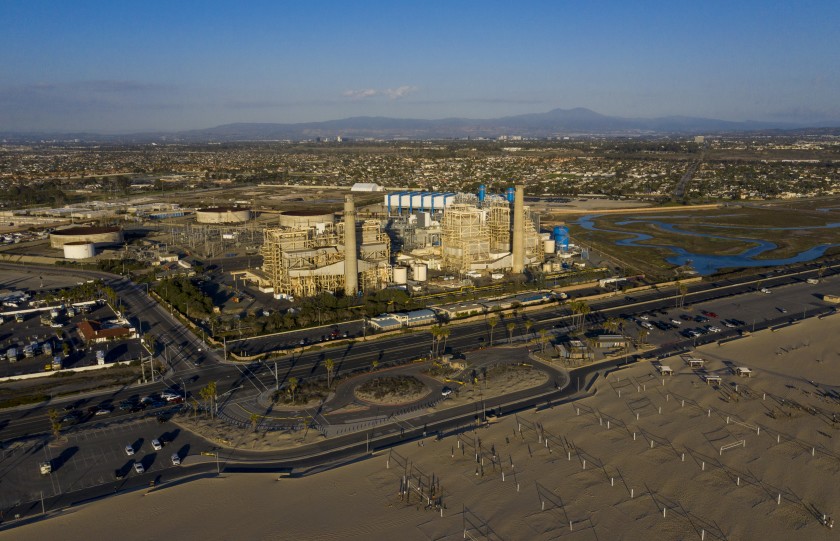 Poseidon Water plans to build one of the nation’s largest seawater desalination plants on the grounds of the AES Huntington Beach Power Station.

Poseidon Water won a key approval Thursday in its long quest to build a seawater desalination plant on the Orange County coastline.

But the permit from the Santa Ana Regional Water Quality Control Board does not ensure that the $1-billion ocean desalter will rise on the grounds of an old power plant in Huntington Beach.

Poseidon still needs a construction permit from the California Coastal Commission and, most critically, a binding deal with a public agency to buy 50 million gallons a day of purified seawater.

The board’s consideration of the Poseidon proposal has stretched over years, touching on questions of harm to the marine environment, need for the supply and its cost.

Those issues arose again during Thursday’s virtual hearing. But most of the board’s discussion dealt with how it could make sure Poseidon carries out required environmental mitigation projects in a timely fashion.

The board last summer signaled support for a condition that would bar the company from running the plant — and thus selling water — until it obtained the necessary government approvals for all the environmental work.

Poseidon vehemently objected to the condition, saying it would make it impossible to obtain construction financing, effectively killing the project.