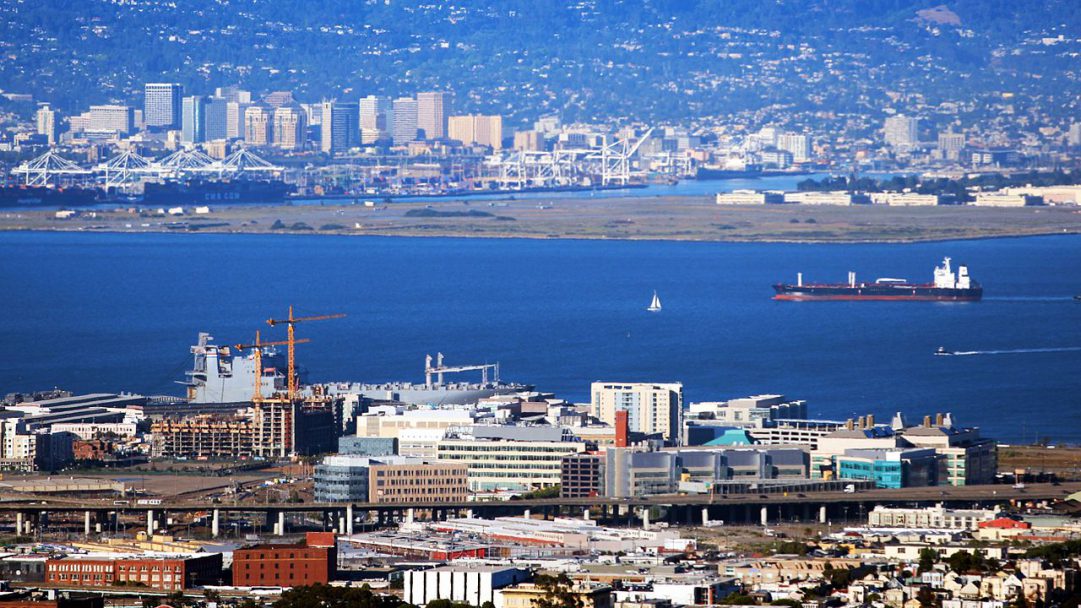 Fewer container ships would likely mean less cargo at the Port of Oakland this spring. That was the message Oakland Maritime officials delivered to the Harbor Trucking Association last week.

The Port told freight haulers via video conference that 20 May and June voyages to Oakland have been scrubbed.  The result could be a 5-to-15 percent drop in containerized cargo volume heading into summer.

“It’s a clouded picture,” said Port of Oakland Business Development Manager Andrew Hwang.  “About 10 percent of our scheduled vessel arrivals have been canceled by shipping lines, but we don’t know if that will translate into a similar drop in volume.”

The Port blamed vessel cancelations on the coronavirus pandemic which has stunted global trade.  With consumer spending down, there’s less merchandise to load onto ships.  That means fewer vessels needed between Asian manufacturing centers and U.S. ports.  Import volume is expected to suffer the biggest cargo decline in coming months, the Port said.

Demand for Oakland exports remains strong, but voyage cancelations could place some markets beyond reach, the Port explained.  Fruit, nut and meat exports are particularly coveted by overseas trading partners, especially in Asia, the Port said.  It added that Oakland exports to South Korea increased 31 percent last month, and to Japan,18 percent.