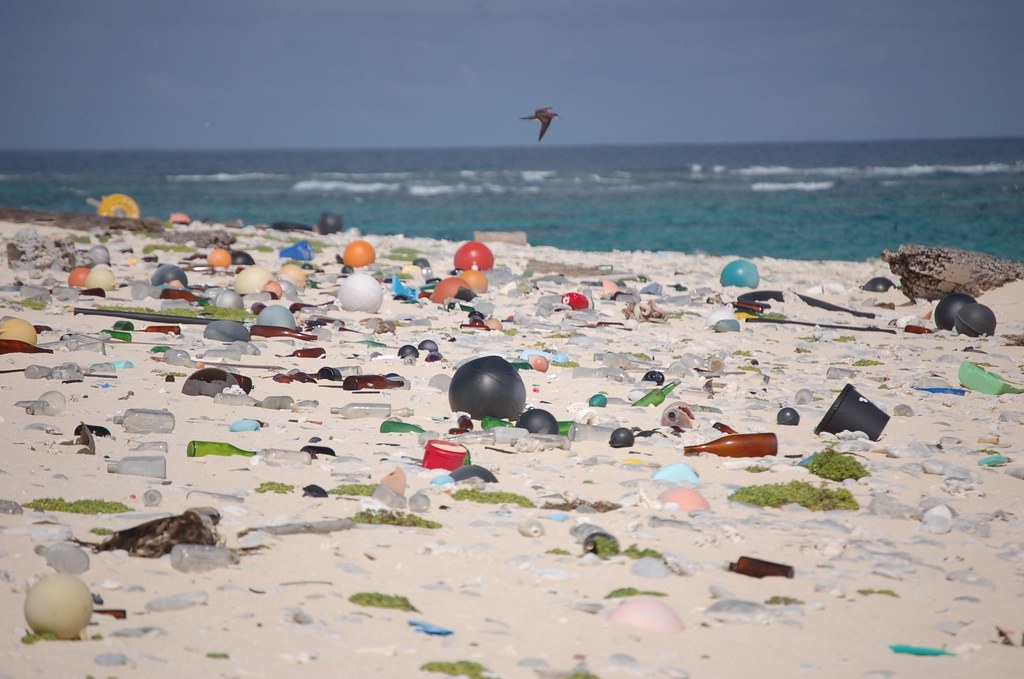 A landmark bill designed to drastically reduce plastic pollution in California, SB 54, was signed into law on June 30.

It imposes the most stringent plastic reduction rules in the United States. It has to. California, like the world, is enduring a seemingly insurmountable plastic pollution crisis. The Surfrider Foundation continues to play a key part in reducing plastic pollution by shaping policy.

Even though many single-use plastic items are labeled as recyclable, only 9% of plastics ever get recycled. The other 91% ends up littering the ocean and terrestrial landscape. The stuff is everywhere, not just the obvious plastic bottles, plastic bags, and Styrofoam cups you see littering city streets, but the small particles that plastic breaks into, known as microplastics. By some estimates, over 14 million tons of plastic ends up into the ocean each year.

Plastic is durable, inexpensive, and versatile enough to use in innumerable products. Then it never really goes away.

Currently, an enormous swirling mass of trash called the Eastern Garbage Patch floats between the coast of California and Hawaii. It is a dizzyingly vast mess of garbage and plastic items—everything from fishing nets to consumer plastic food ware—and its extent is too large and variable to accurately measure. Together with the Western Garbage Patch, off the east coast of Japan, it comprises the Great Pacific Garbage Patch, often referred to as a trash gyre or trash vortex for the way that ocean currents distribute and hold those plastics in place. It’s the largest of five plastic gyres on Earth, and it will only keep growing.

A report by the World Economic Forum and the Ellen MacArthur Foundation estimates that by 2050, the ocean will contain more plastic waste by weight than fish.

Plastic is a popular material because it’s durable, inexpensive, and versatile enough to use in innumerable commercial and industrial products. Then it never really goes away. The packages and food wares we call “disposable items” are not disposable. We dispose of them, but they really just move, not necessarily to the landfill or recycling center as we hope, but from the point of use to an endpoint that is comfortably out of the user’s purview and the producers’ responsibility. While those plastics create problems far from the places they were created and used, plastic manufacturers keep making more single-use plastic items, and we consumers keep using them—once. This why they are more accurately known as “single-use” items.

Eighty percent of ocean plastic originates from terrestrial sources, not from fishing and marine activities, and most plastic is not biodegradable. Out in the water, the sun breaks it down into debris and microplastics, in a process called photodegradation. Debris accumulates along freshwater bodies and mixes with beach sand, but microplastics are insidious, entering marine animals’ bodies and the bodies of the people who eat those animals.