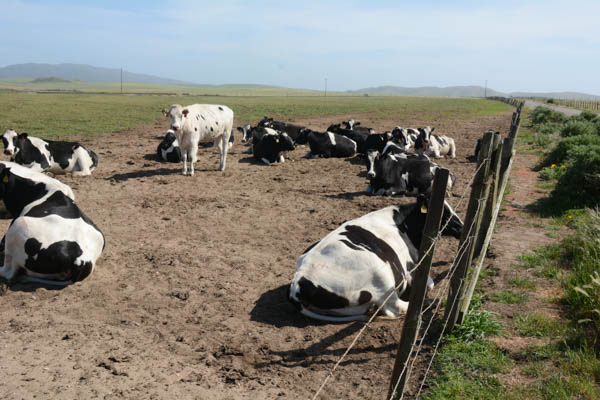 Point Reyes is a spectacular landscape of open prairies and patches of woodlands home to 460 species, 876 plants, and many different marine and terrestrial mammals. In addition, the seashore harbors a hundred listed rare, threatened, and endangered species, an incredible diversity given the seashore’s relatively small size.

While the peninsula possesses unquestioned scenic value, Point Reyes National Seashore’s ecological significance is recognized by its designation as an international biosphere reserve, part of the UNESCO’s Man and the Biosphere program.

The controversy over livestock grazing and ranching in the Park has existed for decades. The origins date back to the original creation of the Park in 1962 when the Enabling Act directed the federal government to acquire ranches, paying fair market value for their lands (around 100 million in today’s dollars). In an act of generosity, the Park Service even acquiring the property permitted ranchers to continue using their homes and ranches for 25 years or upon the death of the owner/spouse. However, when the 25 years were up, some of the ranchers used their political power to garner additional decades of continued grazing in the Park.