West Coast
An aerial picture taken on Jan. 3, 2022, shows vehicles driving along a road flooded with oceanwater during the king tide in Mill Valley, Calif. Studies show that over time sea level rise will push up the height of tidal systems. Josh Edelson/AFP via Getty Images 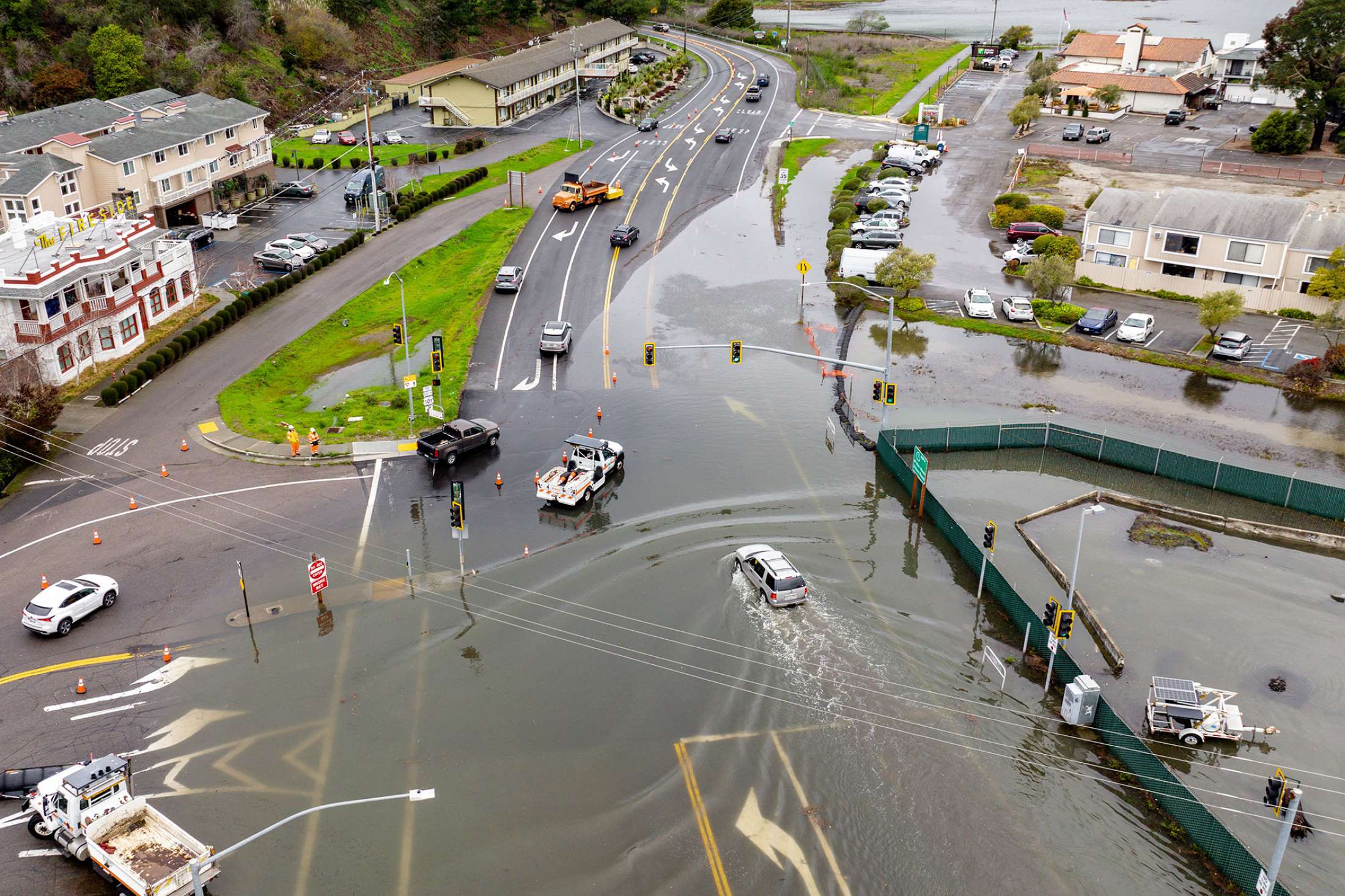 Water inundated low-lying areas around San Francisco Bay last weekend, as the Northern California region saw some of the highest tides of the year.

Experts say the king tides help us understand what the impacts of future sea level rise will be, and the photos above and below taken in Mill Valley and Sausalito show roadways and bike paths entirely underwater and water encroaching on buildings.

"When you see a flooded street or park, you can easily picture what it will be like when the water is at least that high every single day rather than just during these few days in the winter," Annie Frankel, manager of the California King Tides Project at the California Coastal Commission, wrote in an email. "It’s a much more visceral experience to see your favorite beach or your route to work under water than it is to look at a graph of projected sea level rise."

As the tide rises, Indonesia struggles to save the living—and the dead  National Geographic

The astronomical tides, or king tides, usually occur in December and January, when the sun and moon reach their closest points to Earth, aligning the celestial bodies like a perfect cue shot to create maximum gravitation pull.

King tides are 1 to 2 feet higher than the average tide throughout the year, and this is the amount of sea level rise the California Ocean Protection Council’s sea level rise guidance says the state will see by 2050 based on current fossil fuel emissions. The council was formed under the California Ocean Protection Act that was signed by former Gov. Arnold Schwarzenegger in 2004 with the intent of maintaining healthy, resilient and productive ocean and coastal ecosystems.