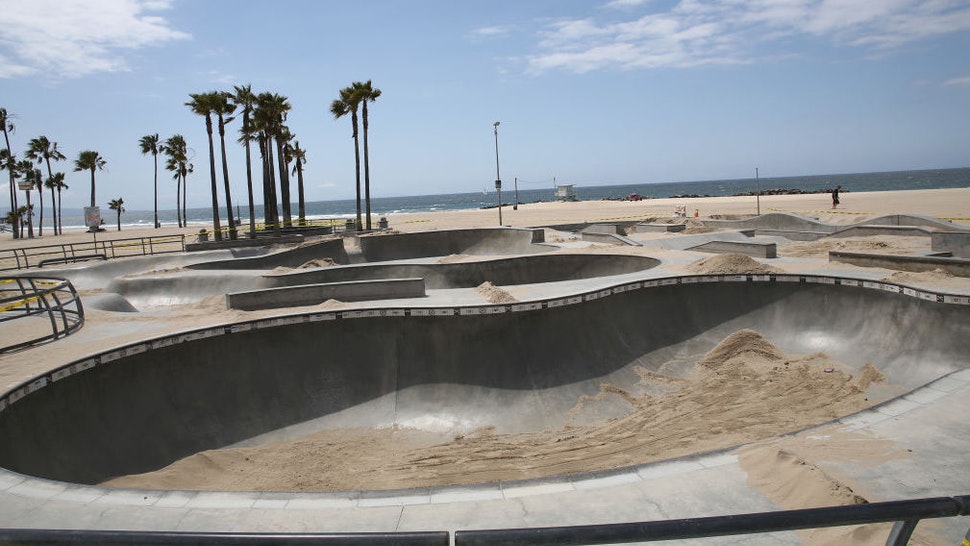 Officials in California have resorted to filling skateparks with loads of sand to stop kids from skateboarding during the pandemic — all in the name of public health.

Days ago, a popular skatepark in San Clemente was filled with 37 thousand tons of sand to discourage skaters and “promote social distancing,” Los Angeles CBS reported.

“San Clemente had shut down all its parks and facilities on April 1 under the state’s stay-at-home orders, but skaters ignored signs warning against trespassing at the Ralphs Skate Court, 241 Avenida La Pata,” the report said. “Since park facilities have been closed city officials say they routinely saw people visit the skatepark, even by some children accompanied with their parents, according to the San Clemente Times. City officials told the newspaper they followed in the footsteps of other cities, and filled the skatepark with 37 tons of sand.”

Authorities never notified the nonprofit group that raised money to support the skatepark about the sand dumping.

Skaters kept ignoring the “no trespassing” signs at a Southern California skate park, so city officials dumped 37 tons of sand into it. #CBSLA #WBZ https://losangeles.cbslocal.com/2020/04/17/coronavirus-san-clemente-skatepark-37-tons-sand-social-distancing/ …

Officials manning a skatepark in Venice Beach followed suit, again, all in the name of public health.

“By Friday afternoon, the ramps and bowls at the park located at 1800 Ocean Front Walk were buried beneath enough sand to make them unrideable,” KTLA reported. “All parks, beaches, bike paths and trails in Los Angeles County are closed until at least May 15 to support social distancing under the county’s Safer at Home order.”