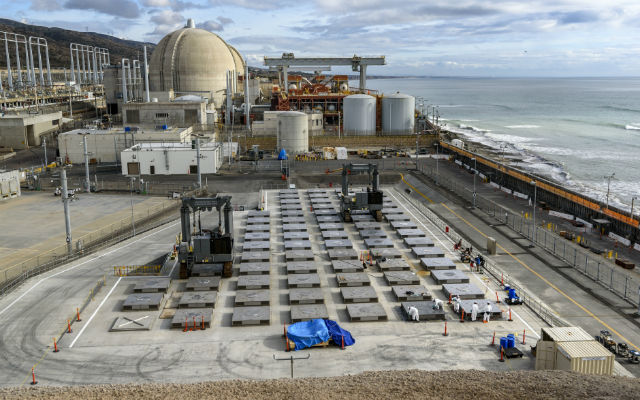 The decommissioning of San Onofre Nuclear Generating Station has been riddled with controversies since it was shuttered in 2013, undermining public confidence in Southern California Edison’s management of highly radioactive nuclear waste which will be stored on-site for the foreseeable future.

In 2018, for example, a whistleblower exposed how a 54-ton canister loaded with radioactive waste nearly plummeted 18 feet because of a design flaw and human error, prompting the Nuclear Regulatory Commission to cite Edison with the most serious violation ever imposed on a spent fuel licensee.

The most recent dispute centers on the green light the California Coastal Commission gave Edison on July 16 to remove the cooling pools where spent fuel rods were submerged for several years to begin cooling down. Edison argued the pools aren’t needed anymore because the rods have all been transferred into dry storage canisters.

Each of SONGS’s 123 canisters holds roughly the same amount of Cesium-137 as released during the 1986 Chernobyl disaster.

At issue is this: If a canister were to begin degrading, creating risk of radiation release, returning it to the cooling pools is the only means whereby the contents could be repackaged into a new canister. Nonetheless, Edison convinced the Coastal Commission that an untested, unapproved nickel “cold spray” overlay technology could be applied to patch degrading canisters, making the cooling pools unnecessary.

NRC spokesperson David McIntyre confirmed that NRC has neither evaluated nor approved any method for fixing a canister. The only sure solution is to replace the canister.

Objections to eliminating the pools revolve around this specter of stranded radioactive waste remaining on-site for the foreseeable future, with no means to repackage it, together with concerns about the canisters Edison chose and SONGS’s beachfront location.