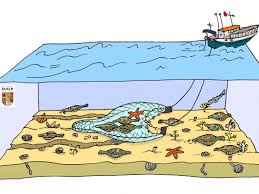 Trawling has long been a practice steeped in controversy. It’s known for picking up everything in its path, resulting in overfishing, coral reef damage, and a significant by-catch of endangered marine life, including dolphins, sharks, and turtles.

So what prompted the Rockfish Conservation Area off Oregon and California to be reopened to groundfish bottom trawling on January 1, 2020?

A Brief History of Trawling in the Pacific Ocean

The comeback of this once devastated area is the result of several successful negotiations between fishermen and environmentalists and is now being heralded as a major sustainable fishery success story.

Here’s a timeline leading up to the reopening: