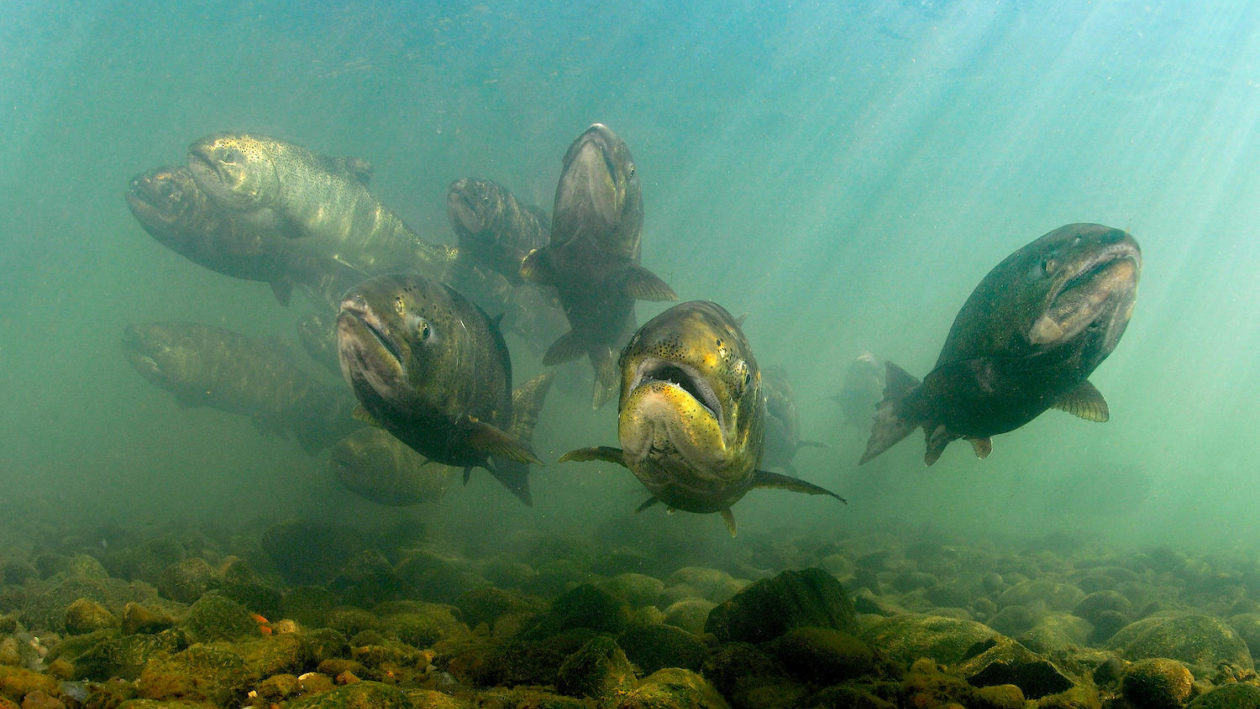 CA - On the Klamath, Dam Removal May Come Too Late to Save the Salmon

The planned demolition of dams on the Klamath River was expected to help restore the beleaguered salmon on which Indigenous tribes depend. But after a record drought and wildfire this summer, many are worried the salmon could be all but gone before the dams come down.

The removal of four obsolescent hydroelectric dams on the Klamath River in the U.S. Pacific Northwest, expected in 2023 or 2024, should have been an occasion for celebration, recognizing an underdog campaign that managed to set in motion the biggest dam removal project in American history.

But that was before the basin’s troubles turned biblical.

The main reason for removing the dams is that they have played a major role in decimating the basin’s salmon population, to the point that some runs have gone extinct and all others are in severe decline — and the basin’s four Indigenous tribal groups, whose cultures and diets all revolve around fish, have suffered as the fish have dwindled. But this year the basin has experienced so many kinds of climate-change-linked plagues — a paradigm-shattering drought, the worst grasshopper infestation in a generation, and a monster fire⁠ — that it’s uncertain whether the remaining salmon will survive long enough to benefit from the dams’ dismantling.

“The Klamath salmon are now on a course toward extinction in the near term,” Frankie Myers⁠, vice chairman of the Yurok Tribe, whose reservation covers the Klamath’s last 45 miles to the Pacific Ocean, declared in April. That was in response to the presence below Iron Gate Dam, the dam farthest downstream, of an infectious parasite called Ceratonova shastawhose spread was accelerated by climate-change-driven high water temperatures and low flows. In March C. shasta killed most of a year class of juvenile salmon making its way downriver. One sample found that 97 percent⁠ of tested juveniles were infected and 63 percent were expected to die⁠. All the more ominous, those statistics didn’t take into account fish that had already died.

Until white settlers introduced logging, mining, farming, ranching, and the ultimate insult, dams, the Klamath was the Pacific Coast’s third-largest salmon fishery. The disappearance of salmon would harm a vast menagerie of other animals: at least 137⁠ other fish and wildlife species depend on salmons’ heroic life cycle, which ends in a burst of grit and athleticism as they bring upstream the nutrients they’ve consumed in the ocean, then spawn and die. Orcas, brown and black bears, bald eagles, and river otters all depend in one way or another on salmon. The carcasses of these keystone species nourish the river banks’ trees, whose limbs provide shade for juvenile fish and whose roots prevent erosion, a threat to water quality. Take all that away, as is happening in the Klamath, and the result is accelerated, perhaps irreversible, decline.