West Coast
An oil containment boom can be seen in the ocean near Brookhurst in Huntington Beach on Sunday, October 3, 2021. (Photo by Mindy Schauer, Orange County Register/SCNG) 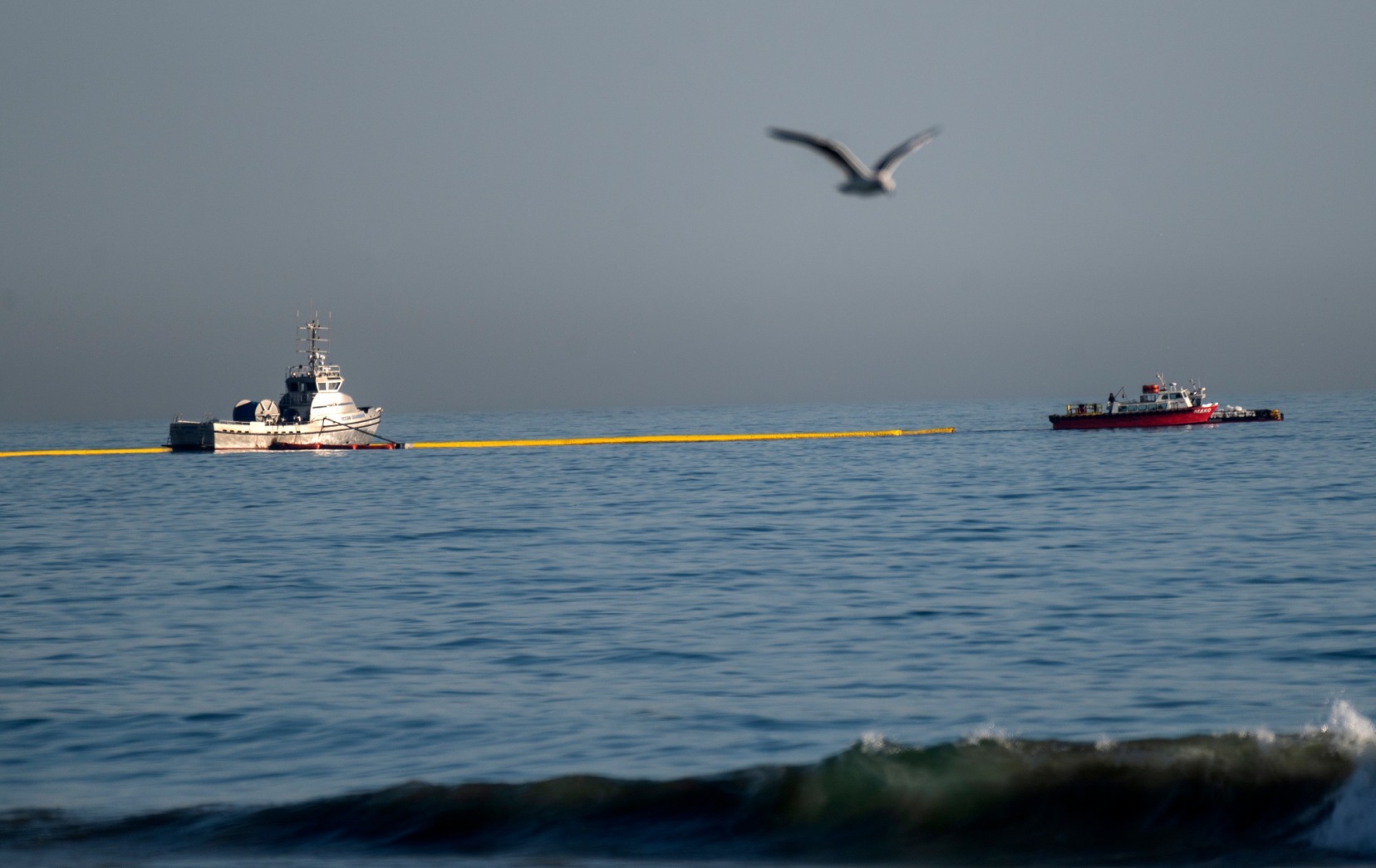 Offshore platforms are aging and pose an ongoing threat, they say

Environmentalists, as well as a local congressman, bemoaned the environmental damage caused by Saturday’s offshore oil spill impacting Huntington Beach, and said the incident underscored the urgency to accelerate closure of the 27 platforms in waters off the California coast.

“It’s undoubtedly going to have an impact on marine life, beaches and the ability to use the beaches,” said Chad Nelsen, CEO of the Surfrider Foundation. “I do think they will do everything they can to minimize the impacts.

“But the reality is oil infrastructure fails, no matter how careful we try to be. The real answer here is to get off fossil fuels if we want to see these impacts go away. It’s an unfortunate reality when we are moving oil around.”

Oil from a platform offshore of Long Beach reached Orange County beaches, the Talbert Marshlands and the Santa Ana River, according to Huntington Beach Mayor Kim Carr. The total spill was estimated at 126,000 gallons on Sunday, with Nelsen comparing the disaster to the 2015 Refugio pipeline leak of 143,000 gallons in Santa Barbara County.

That spill caused tens of millions of dollars in damage and cleanup costs, and coated hundreds of animals in oil, many of which died. It also forced offshore areas to be put off limits to fishing.

“This will be devastating not only to our marine wildlife and ecosystem, but also to the livelihoods of our coastal communities which are built around fishing, tourism and recreation,” said Rep. Alan Lowenthal, D-Long Beach. “As long as these platforms and pipelines remain, our coastal communities remain under threat from potential disasters like we are now seeing.”

The Refugio pipeline was found to be corroded. Miyoko Sakashita, director of the Center for Biological Diversity’s Oceans program, said Southern California’s offshore operations are also suffering from old age.

“I’ve seen the aging oil platforms off Huntington Beach up close, and I know it’s past time to decommission these time bombs,” she said.