West Coast
The pipeline that leaked oil into the ocean off Orange County in early October 2021 may have been damaged in more than one incident, and as early as months before the spill, U.S. Coast Guard investigators said. (Photo from video taken by Petty Officer 1st Class Richard Brahm, U.S. Coast Guard) 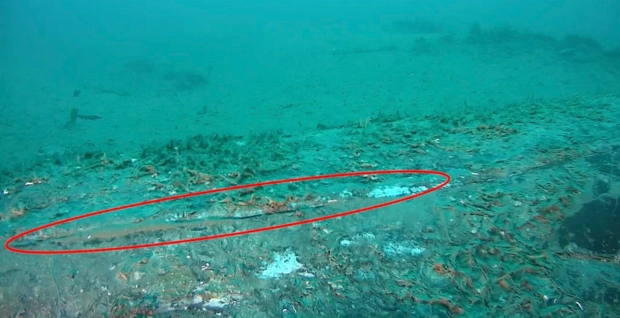 On World Oceans Day, four Southern California representatives joined environmental groups in speaking out against plans to let Amplify Energy use a streamlined, opaque permitting process to repair and restart use of its pipeline that burst last fall, spilling some 25,000 gallons of crude oil in waters off the coast of Huntington Beach.

“This expedited approval process is unwarranted and dangerous,” the letter reads. “This is no ordinary repair – it is a repair of a decades-old, subsea pipeline following a significant rupture and leakage. Given the threat this aging infrastructure poses to our ecologically sensitive marine resources, coastal economy, and communities, this project requires site-specific analysis before the federal government grants its approval.”

First reports of heavy gas smells along the coast of Huntington Beach came during the afternoon of Oct. 1. The next day, officials confirmed there was a 13-inch rupture in the underwater pipeline that carried oil from an offshore production and processing platform called Elly to the Port of Long Beach.

Oil from the spill spread over 25 square miles. The leak led to canceled events and closed beaches, shuttered fisheries for weeks and harmed sensitive wildlife and habitat in an area known to host everything from humpback whales to harbor seals to sea turtles.

An investigation later determined a stretch of the San Pedro Bay Pipeline 5 miles offshore, under 160 feet of water, had shifted by 105 feet, likely after being dragged by one or more ship anchors earlier in the year. The strikes damaged the pipe’s concrete casing, which federal authorities say likely led to the spill in the fall. The full investigation is still underway.

Houston-based Amplify Energy and its subsidiaries own and operate the pipeline. The company is facing a misdemeanor negligence charge over how response to the leak was handled, while Amplify is suing two ship operators over their potential roles in damaging the pipeline.

The pipeline has been shut down since the spill, and Amplify in December installed a 30-inch-by-10-inch steel patch over the crack. But the company also has been quietly pursuing plans with the Army Corps to “permanently” fix the pipeline and start using it again under what’s called a Nationwide Permit 12, or NWP 12. The permits, which fall under the Clean Water Act, are designed to streamline the approval process for oil or natural gas pipeline activities in federal waters that have “minimal adverse effects” on the environment rather than having these projects go through full, site-specific reviews.