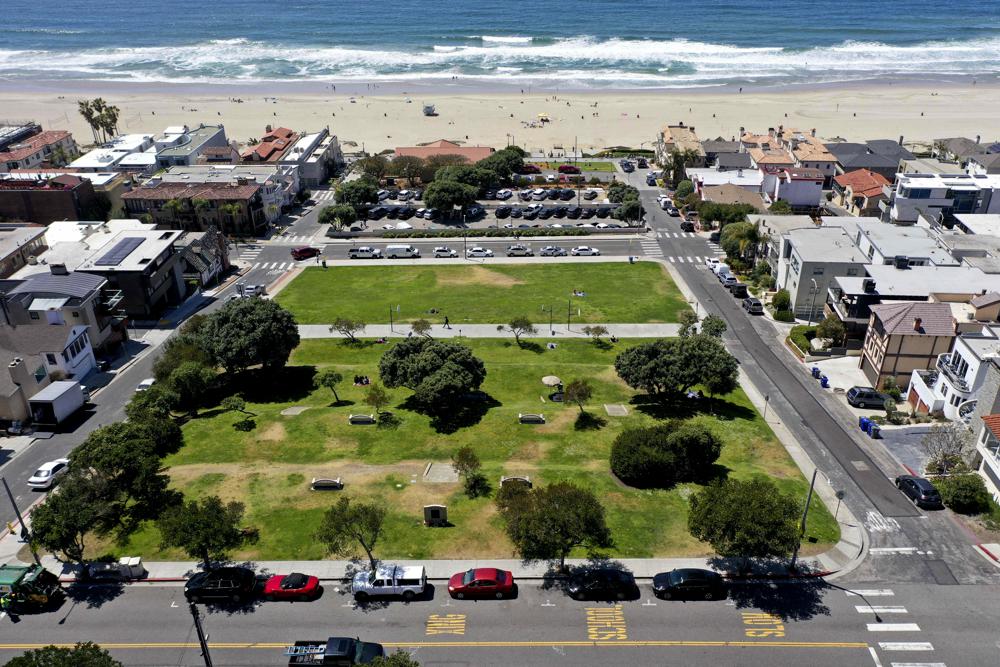 In a plan made public for the first time, Los Angeles County officials have detailed how they would complete the unprecedented transfer of Bruce’s Beach to the descendants of a Black couple who were run out of Manhattan Beach almost a century ago.

The beachfront property, estimated to be worth $20 million after a complicated appraisal, would be transferred to the Bruce family following an escrow process, according to the proposed plan released late Wednesday. The county would then rent the property from the Bruces for $413,000 per year and maintain a county lifeguard facility at the site.

“This land should have never been taken from the Bruce family over 90 years ago. Now, we are on the precipice of redemption and justice that is long overdue,” said Holly Mitchell, chair of the Los Angeles County Board of Supervisors. “Although we cannot change the past, we have a responsibility to learn from it and to do what is right today. ... I look forward to standing with my colleagues on the right side of history.”

County staff and a legal team representing the Bruce family pro bono have spent months hammering out the details and thinking through every possible outcome. They’ve received support from state lawmakers and reparations advocates — as well as from Gov. Gavin Newsom, who authorized the transfer last September and codified into law that the property had been wrongfully taken.

State and city leaders across the nation have looked on to see exactly how the historic transfer would be made. Many say Bruce’s Beach could forge a path for those seeking to reckon with past injustices that violently dispossessed Indigenous people and blocked Black people, Latinos, Japanese Americans and many others from owning property and building wealth in this country.

“This has not been an easy process … there was no precedent for this,” said L.A. County Supervisor Janice Hahn, who said a team of lawyers scoured the books and could find no comparable case study. “We wanted this to be foolproof. We wanted to transfer the property to the Bruce family in the safest way possible so that they would not inherit legal challenges or any kind of burden.”

The proposed agreement will be brought before the L.A. County Board of Supervisors for a vote next Tuesday. If approved, the transfer would realize a call to action that began more than two years ago — when the grassroots movement Justice for Bruce’s Beach sparked a national conversation and forced a reckoning in Manhattan Beach.